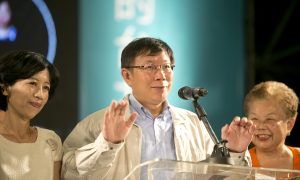 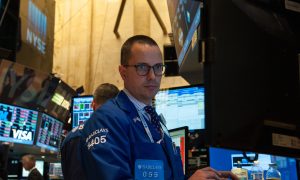 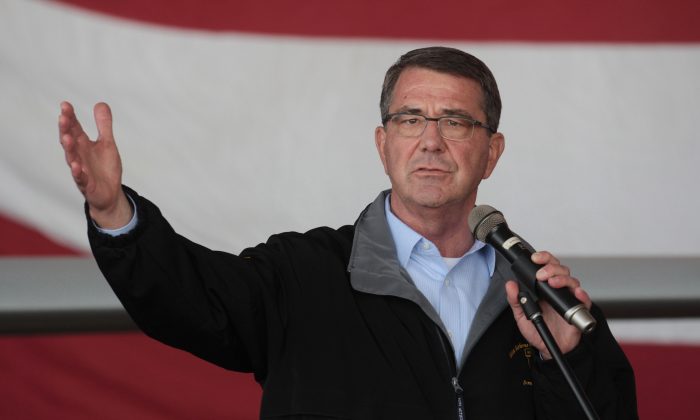 FILE - In this Dec. 15, 2015, file photo, U. S. Defense Secretary Ash Carter addresses the U.S. troops at the Incirlik Air Base near Adana, Turkey. (AP Photo/File)
US

Pentagon Chief: ‘I Should Have Known Better’ on Email Use

IRBIL, Iraq — U.S. Defense Secretary Ash Carter acknowledged on Thursday that he used a personal email account to conduct some government business until “a few months ago.”

“I should have known better,” Carter told reporters traveling with him in Irbil, Iraq, the regional capital of the Kurds. “It’s not like I didn’t have the opportunity to understand what the right thing to do was. I didn’t do the right thing.”

The same practice by former Secretary of State Hillary Clinton, now the front-runner for the Democratic presidential nomination, has drawn intense criticism and led to an FBI investigation into two emails that are now considered top secret.

Carter said that when he joined President Barack Obama’s Cabinet, he was instructed in email security. But he said he used his iPhone to send “administrative messages” from the time he was confirmed as defense secretary in February until “a few months ago.” That was “longer than it should have been,” he said.

He would not be specific about when the practice ended. The New York Times, which first reported his use of a private, unsecured email, submitted a Freedom of Information Act request for his private emails in September.

Carter said he did not use his phone for “classified information.” The Defense Department said all his messages, which appeared to be largely about meetings and speeches, were backed up for record keeping on the department’s email system.

“It’s entirely my mistake Entirely on me,” Carter said.

In Washington, U.S. Sen. John McCain, R-Ariz., chairman of the Senate Armed Services Committee, said in a statement that it was “hard to believe that Secretary Carter would exercise the same error in judgment” in light of the attention for Clinton’s email use.

McCain said the committee has requested copies of the emails and will conduct a review “to ensure sensitive information was not compromised.”

The White House learned about Carter’s email practice in May, according to a senior administration official, who spoke on condition of anonymity to describe internal discussions. The official said the president’s chief of staff, Denis McDonough, asked the White House legal team to raise the issue quickly with Pentagon senior staff and ensure that Carter’s email was being managed appropriately.

Using personal email on unsecured servers leaves the messages vulnerable to hacking and other cyberattacks. Under Carter, the Defense Department has made cybersecurity a priority.

Carter’s press secretary, Peter Cook, declined to say whether it was a violation of Pentagon email policies.

The Times reported it had obtained 72 work-related emails that Carter sent or received from his personal email account.

Cook said in a statement issued after the Times published its account late Wednesday that Carter “stopped such use of his personal email and further limited his use of email altogether.”

The Times said the emails were exchanges between Carter and Eric Fanning, who was his chief of staff at the time and is now the acting Army secretary.

The emails were on a variety of work-related topics, the Times said, including speeches, meetings and news media appearances. In one such email, Carter discussed how he had mistakenly placed a note card in a “burn bag,” the Times reported. Such bags are typically used to destroy classified documents.

Cook said Carter “does not use his personal email or official email for classified material. The secretary has a secure communications team that handles his classified information and provides it to him as necessary.”

Carter “takes his responsibilities with regard to classified material very seriously,” Cook said.