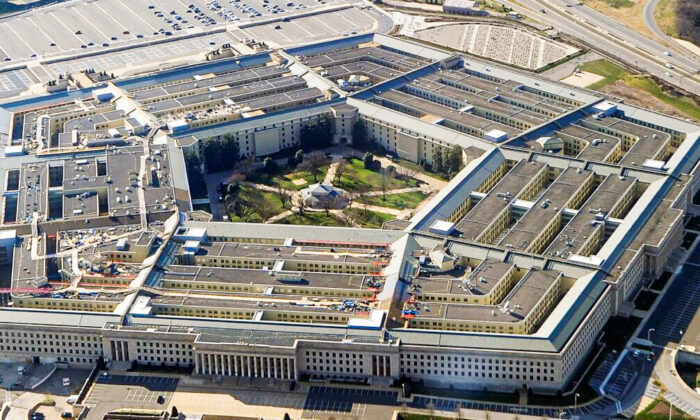 The Pentagon building is seen in Washington in a file photograph. (AFP via Getty Images)
National Security

And NGIC has not located most of those Afghan individuals. The report says, for example, the agency made an attempt in September 2021 to locate 31 of the security risk Afghans, and “of those 31, only 3 could be located.”

The report also says the National Counterterrorism Center (NTCT) was not accessing all available data from the Pentagon when vetting Afghan refugees that came over during the evacuation.

This is reviving concerns about the screening process used for Operation Allies Welcome—a resettlement plan for Afghan allies launched by President Joe Biden shortly after the Taliban takeover of the country in August 2021.

White House press secretary Jen Psaki had previously said during a briefing Sept. 1, 2021, that she could “absolutely assure” nobody is coming into the United States who “has not been through a thorough screening and background check process.”

Following the Inspector General report’s publication, Sen. Chuck Grassley (R-Iowa) released a statement: “Following the Biden administration’s chaotic withdrawal from Afghanistan, I expressed concern about the administration’s lackluster efforts to screen evacuees flooding from the terrorist safe haven. According to a new report by the Pentagon watchdog, the situation is far worse than we thought.”

In August, NGIC entered into a data-sharing agreement with the Department of Homeland Security (DHS) which led to the discovery that Afghans with derogatory information in the DoD Automated Biometric Identification System (ABIS) database who were believed to be in the United States.

The audit recommends this inter-agency arrangement be extended beyond its Dec. 27, 2021, deadline so NGIC can complete its analytic review of Afghan evacuees for derogatory information.

U.N. officials have warned of a looming humanitarian crisis in Afghanistan in the wake of the U.S. troop withdrawal and subsequent Taliban takeover of the country.