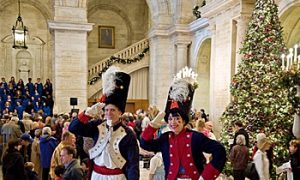 Pension plans in California face a shortfall of more than $326 billion, taking into account deficits for the state teachers’ and public employee pension programs, according to a study published in October by the Foundation for Educational Choice.

The pension plan shortfalls are a significant contributor to the state’s budget crisis and a dire indication of a gloomy financial future for California.

“These numbers are mind-boggling,” said Robert Enlow, President and CEO of the Foundation for Educational Choice, in a statement. “It’s a pipe dream to think that California can provide a quality education, keep prisoners behind bars, pave roads and meet other obligations when such enormous bills are coming due.”

Even though the State of California only reports a $75.5 billion pension shortfall, consisting of $40.5 billion to the state’s Teachers’ Retirement System (CalSTRS) and $35 billion to the state’s Public Employee Retirement System (Cal PERS), the Foundation for Educational Choice found that a more accurate figure, which includes unfunded health benefits, would be $326.6 billion.

The amount in pension plan deficits itself is quadruple the amount the state of California collects in general fund revenue for 2010, said the study’s author Stuart Buck of the University of Arkansas Department of Education Reform.

“California is already digging itself into a deeper and deeper hole. Without dramatic change in it the way it funds pensions for teachers and state and local public employees, it will drive taxpayers out of state and break the back of business,” said Enlow.