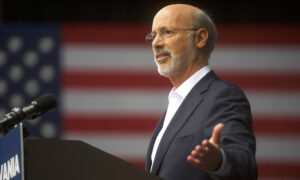 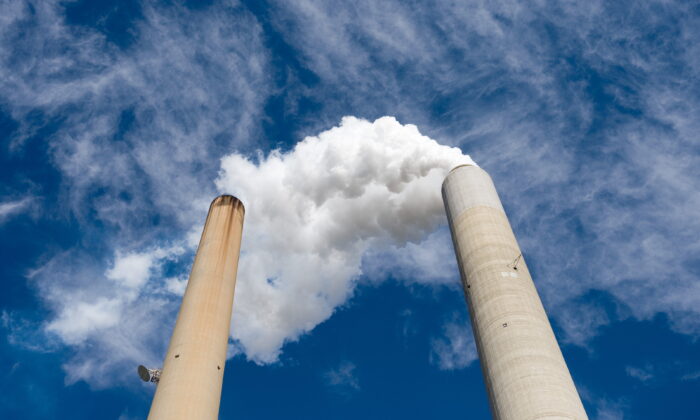 The battle over whether Pennsylvania will join the Regional Greenhouse Gas Initiative (RGGI) has intensified as the plan cleared a pivotal hurdle on Wednesday, gaining approval by the state Independent Regulatory Review Commission.

“Climate change is one of the most critical issues we face, and I have made it a priority to address ways to reduce greenhouse gas emissions,” Gov. Tom Wolf said in a statement responding to the approval. “By participating in RGGI, Pennsylvania is taking a historic, proactive and progressive approach that will have significant positive environmental, public health and economic impacts”

Wednesday’s vote came after six hours of deliberation during which the commission heard comments from 30 people in attendance and noted that it had received roughly 14,000 public comment letters.

Of those, some 12,500 were form letters and of those, 11,500 were letters in support of joining RGGI, largely from environmental groups and their supporters.

The 1,500 original letters from individuals included roughly 500 comments in support, 500 opposed and the remaining letters were comments from labor unions, trade organizations, and religious groups.

“Only the legislature can stop a regulation. They would do that through a concurrent resolution,” Independent Regulatory Review Commission Executive Director David Sumner told The Epoch Times.

If the commission approves a regulation that the legislature doesn’t like, it must be taken up by a legislative committee where members have 14 days to write a concurrent resolution and vote it out of committee. That is what happened Thursday.

Next, both chambers of the General Assembly have a limited time to vote on the resolution: 30 calendar days or 10 in-session days, whichever is longer.

If the General Assembly passes a measure stopping the regulation, Wolf is likely to veto it because joining RGGI is one of his priorities.

The General Assembly has not been successful in overriding Wolf’s past vetoes.

Wolf’s office did not respond to a request for comment on this story, however in a press conference regarding flooding in Pennsylvania Thursday, Wolf noted that he is not a meteorologist, but “the thinking is that climate change is increasing the intensity of our storms.”

Only twice, in 1994, have regulations approved by the Independent Regulatory Review Commission been blocked by the legislature, Sumner said.

In the plan, power companies are given a cap on carbon emissions. Companies will be required to buy permits to continue producing above the emission level or innovate and produce fewer emissions.

Proponents say it is the most important way for Pennsylvania to respond to climate change.

“RGGI requires those who pollute, those who put climate-damaging CO2 into the air, causing that societal detriment, simply to buy an allocation to do that. It is not a tax,” said Democratic state Rep. Greg Vitali, minority chairman of the House Environmental Resources and Energy Committee, before Thursday’s vote. “RGGI will create important jobs with regards to solar, wind, and conservation.”

Opponents call it a job killer that will close power plants, raise the cost of electricity for everyone, and have little positive effect on the environment.

“This is not something the citizens of Pennsylvania want,” said Republican Chairman of the House Environmental Resources and Energy Committee Daryl Metcalfe, speaking before Thursday’s committee vote. “It’s ludicrous to say this is going to create jobs. The people they claim they want to help, people in poverty, will pay more for their energy.” He called carbon emissions a byproduct of life that is needed for plant growth and that everybody is expelling. “Casting aside the left’s false climate science-driven public policy narrative, RGGI’s massive revenue extracting, carbon emissions auction mechanism clearly represents a tax which only the General Assembly may lawfully enact under the Constitution of Pennsylvania.”