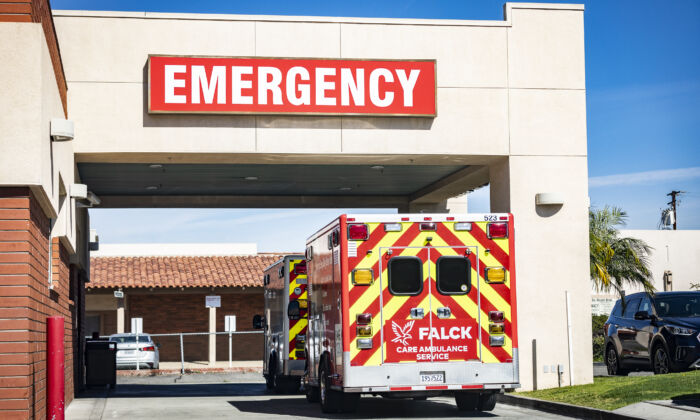 A seemingly small procedural court change made by the Civil Procedural Rules Committee of the Pennsylvania Supreme Court is expected to have devastating consequences for public health in the state, according to health care advocates, but medical malpractice plaintiff attorneys are celebrating the change.

In August, the court reversed its own 20-year rule banning “venue shopping” in medical malpractice cases.

Court venues in certain cities tend to have more generous juries and, when given a choice, attorneys looking for the biggest payoff flock to those courts. The legal community tracks where the biggest awards are won.

The American Tort Reform Foundation in 2020 named the Philadelphia Court of Common Pleas and the Pennsylvania Supreme Court together as No. 1 on its annual national list of “Judicial Hellholes.” This year Pennsylvania is No. 4.

Adding venue shopping to the mix will likely mean higher awards to malpractice victims, but also a return to an era when malpractice insurance climbed high enough for hospitals to stop services.

“Plaintiff’s attorneys in the state, especially those billboard attorneys who do medical liability cases, have wanted this for the last 20 years,” Curt Schroder, executive director of the Pennsylvania Coalition for Civil Justice Reform, told The Epoch Times. “The rule they just rescinded went into place 20 years ago, to help address what was a medical liability crisis in Pennsylvania. If you go back to the early 2000s, doctors had to cut back on services, especially high-risk specialists. They were being sued out of existence here in Pennsylvania. It was a real crisis for the accessibility of health care for patients.”

Alan L. Brechbill, who was executive vice president and chief operating officer of Thomas Jefferson University Hospitals in 2002, told the Philadelphia Business Journal at the time that job reductions were the result of the hospital group needing to “absorb a doubling” of its malpractice insurance premium costs, which were increasing that year by almost $16 million. Jefferson estimated malpractice insurance for its hospitals and physician group would reach $50 million by 2003.

They were not alone. The New York Times reported in August 2002 that Mercy Hospital in Philadelphia closed its maternity ward, too, along with Brandywine Hospital in Chester County closing its trauma center, all in response to rising malpractice insurance rates.

When the state Supreme Court put an end to venue shopping, the number of lawsuits went down.

This is noted in the report about the change, written by the Procedural Rules Committee of the Pennsylvania Supreme Court.

“While there may have been a need for a change of the venue rules in the early 2000s … the court’s own data collection efforts showed that there had been a significant decrease in medical malpractice filings in the past 15 years,” the report says. The amount of claim payments has also decreased, resulting in far fewer compensated victims of medical negligence, the committee noted.

“The current venue rule should be changed because it provides special treatment for a particular class of defendants; procedural rules should provide fairness of process and be agnostic to outcome.”

The court’s report considered the perspective of the victim of medical malpractice.

“There appears to be a misconception that patients harmed by the negligent actions of healthcare providers somehow enjoy a windfall verdict in more populous counties. Many of these patients have endured substantial injuries seriously lessening their quality of life in perpetuity, requiring permanent medical care and assistance in activities of daily living, and causing the patient and their families to endure lifelong pain, suffering, and loss of companionship,” the report said. “These are serious, complicated, and tragic cases. There is no windfall; no one gains. The stark reality is that patients and their family members would forgo all to avoid the injury caused by medical malpractice in the first place. A verdict can never make them whole.”

Today, some hospitals have trauma teams that respond to major medical events such as complex injuries from a car crash. To have a designated Level I trauma unit, hospitals must have 24-hour coverage by general surgeons and prompt availability of orthopedic surgery, neurosurgery, anesthesiology, emergency medicine, radiology, internal medicine, plastic surgery, oral and maxillofacial, pediatric, and critical care.

Dr. Michael DellaVecchia, past president of the Pennsylvania Medical Society, described how the new rules could destroy a trauma center.

“A patient gets helicoptered in, we go as a group and we take care of that person,” DellaVecchia told The Epoch Times. “The neurosurgeon says, ‘My malpractice insurance went from $100,000 to close to $300,000. My profit margin is gone. I decided I’m going to move to Alabama where they need a neurosurgeon, the malpractice insurance is a third of the price, and the housing market is a lot better.’ So he leaves and we no longer have a trauma team because we can’t supply the specialty surgeons that form that trauma team.”

“If you look at a place like Philadelphia, which was one of the medical education capitals of the world, we had excellent med schools here, so we graduate a lot of fine doctors,” DellaVecchia said. “Now, when they graduate, they’re not going to stay here. We used to get the cream of the crop. They were working on rotation with us. And some professional will come up and say, ‘You know, I’m older. My practice is expanding. I can use another surgeon. I can use another general practitioner. I can use another person delivering babies.’ And this person says, ‘I’m married, just had a kid. I’ve got debt to pay, I’m staying in Pennsylvania.’”

Dr. Chaminie Wheeler, a Pennsylvania pediatrician, says the rule change is a big deal because health care systems are already short-staffed. She knows of an orthopedic surgeon working in a group that lost six doctors in the last two years. The group has actively recruited people coming right out of school.

“I’ve never heard of an orthopedic group hiring this many doctors at one time,” Wheeler told The Epoch Times. “Ortho is huge with trauma service, and they couldn’t cover the traumas they had. But that’s without this venue shopping litigation in place. Once that goes into effect, this is going to happen again. They’re going to leave.”

But that may be for the best, the Pennsylvania Supreme Court says.

“Insofar as negligent providers are held accountable in a court of law for their acts and exit Pennsylvania as an uninsurable risk, that outcome is preferred to protect patients within this Commonwealth from further harm,” the report said. “With utmost respect, it is suggested that efforts are better focused on reducing the occurrence of negligence rather than limit liability after the negligence.”