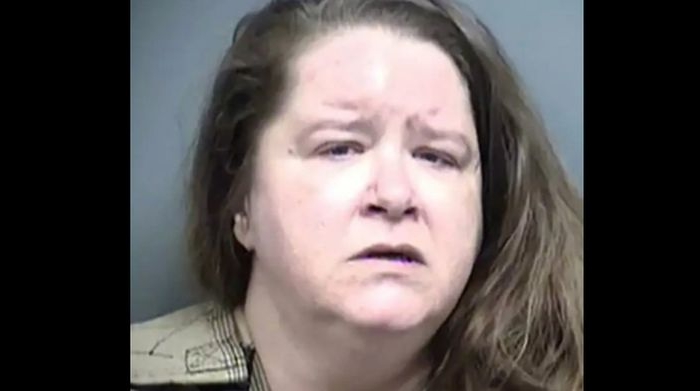 A woman in Pennsylvania pleaded guilty to killing her boyfriend last year by stabbing and crushing him with her own body weight. (Erie County Police Department)
US News

A woman in Pennsylvania pleaded guilty to killing her boyfriend after reportedly crushing him with her own body weight.

Windi C. Thomas, 44, of Erie, faces between 18 and 36 years in prison. She pleaded guilty to third-degree murder charges on Dec. 3, according to the Erie Times-News. She’ll face a judge for sentencing on Dec. 21.

The report noted that Thomas weighs around 300 pounds and the victim, 44-year-old Keeno Butler, weighed around 120 pounds, the report stated. She also reportedly hit him with a table leg.

“It’s a good result based upon the facts of the case,” said her court-appointed lawyer, Mark Del Duca, of Pittsburgh. “I think it’s fair for both sides.”

He added to Your Erie: “We think it’s in the best interest of everybody involved. Obviously, it’s an unfortunate situation for everybody, but I think that this guilty plea and the recommendation we’ve made to the court will be beneficial for all parties involved. ”

Thomas told investigators that she had cut Butler in the hand with a knife before hitting with the table leg during a fight, according to the Times-News.

Thomas called 911, and police found his body in the living room.

“I feel like she should have 40 or more,” Sandra Butler, the victim’s sister, according to the Erie Times-News. “She deserved life.”

For her guilty plea, Assistant Erie County District Attorney Jeremy Lightner dropped other charges of aggravated assault, reckless endangerment, and possession of the instrument of a crime, according to Inside Edition.

An obituary for Butler, who was known as “Loco,” described him as “full of energy.”

“Keeno will be remembered as a person who was full of love, energy and had a smile that would light up a room,” the obituary said. “He enjoyed pets, music, dancing and working.”

He’s survived by a daughter, two grandchildren, nine brothers and sister, his mother, and other family members. “The greatest part of Keeno’s life was when he was with his family, especially his daughter and grandchildren. He was loved by many,” it said.