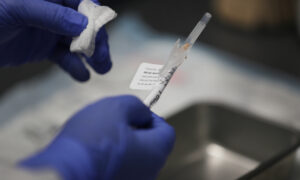 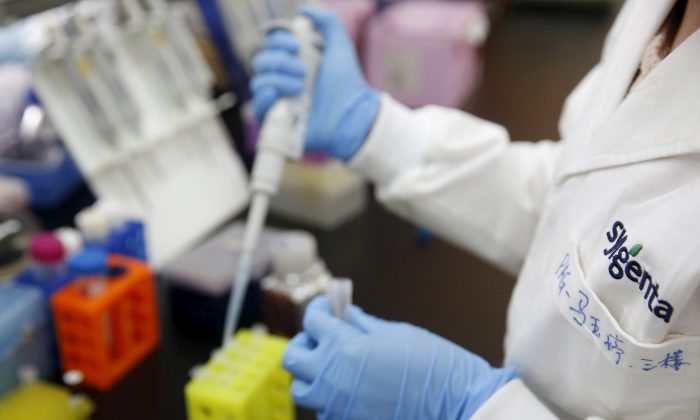 A researcher uses a pipette in a file photo. (Kim Kyung-Hoon/Reuters)
US News

Researchers at the University of Pittsburgh School of Medicine in Pennsylvania have developed a new drug aimed at neutralizing the CCP virus, according to a news release issued on Monday.

As indicated, the researchers were able to isolate an antibody that specifically targets the CCP (Chinese Communist Party) virus for neutralization. That antibody was then used to develop a drug, called Ab8, for its potential use against COVID-19.

Ab8 has been tested on mice and hamsters, has shown to be highly effective at treating COVID-19 in these two species, as well as preventing the occurrence of being infected by the virus, the researchers said.

“Even at the lowest dose, Ab8 decreased by 10-fold the amount of infectious virus in those mice compared to their untreated counterparts. Ab8 also was effective in treating and preventing SARS-CoV-2 infection in hamsters,” the release said. The study, which was published in the journal Cell also said that the drug “not only reduced the viral load in the lung and alleviated pneumonia; but it also reduced shedding in the upper airway (nasal washes and oral swab), which could potentially reduce transmission of SARS-CoV-2.”

Ab8 is small compared to other drugs, which also means that it’s may be given as an inhaled drug or intradermally.

“Ab8 not only has potential as therapy for COVID-19, but it also could be used to keep people from getting SARS-CoV-2 infections. Antibodies of larger size have worked against other infectious diseases and have been well tolerated, giving us hope that it could be an effective treatment for patients with COVID-19 and for protection of those who have never had the infection and are not immune,” said John Mellors, the chief of the Division of Infectious Diseases at the University of Pittsburgh School of Medicine.

According to the news release, Ab8 has been licensed by a company that’s backed by the University of Pittsburgh School of Medicine, called Abound Bio, and is being developed for worldwide usage.

“The COVID-19 pandemic is a global challenge facing humanity, but biomedical science and human ingenuity are likely to overcome it. We hope that the antibodies we have discovered will contribute to that triumph,” Mellors said.