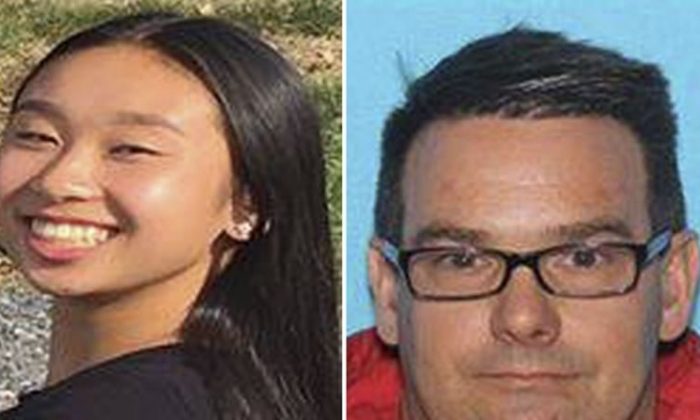 A 16-year-old Pennsylvania girl and a 45-year-old man were found Mexico on Saturday, March 17, after the pair allegedly ran off together almost two weeks ago, authorities said. The man has been arrested.

According to CNN, Yu was found “unharmed and in good health,” said Allentown police, and has been brought back home to Allentown, Pennsylvania.

Esterly is currently being held in Miami pending extradition to Pennsylvania, where he is expected to face the charge of interference with the custody of a child, said The Morning Call.

PHOTO of the Mexico arrest of Kevin Esterly, the 45-year-old man who has been missing since March 5 with a 16-year-old girl from Pennsylvania. LATEST UPDATES: https://t.co/UyJjMKjvzK pic.twitter.com/nyXYJoAjZF

The arrest came two days after Mexican authorities issued an Amber Alert for Yu, which stated that she could in danger.

Yu’s mother reported her daughter missing on March 5, reported The Morning Call. Esterly’s wife told police officers that she saw him that morning for the last time. He withdrew $4,000 from her bank account before vanishing.

The pair disappeared after being seen last that day at 15th and Allen streets, shortly after Yu’s mother, Miu Luu, dropped her off at a bus stop.

“For two weeks, I’ve had trouble sleeping and eating,” Luu told The Morning Call. She said she cried from relief upon hearing the news that her daughter was found.

According to police, Yu willingly left town with Esterly. Later that day, they took a one-way flight from Pennsylvania to Mexico, said the Morning Call.

Yu is friends with one of Esterly’s four daughters, with Amy’s family saying the pair met initially at church years ago.

Where is Amy Yu…Who is Amy Yu? Tonight at 10, we sit down with her former youth pastor, who tells us the reason he thinks Amy went with 45yo Kevin Esterly in the first place, and why he believes the teen will WANT to come home soon. @69News #AmyYu #Allentown pic.twitter.com/3dLR6piF6w

Authorities said the pair struck up a romantic relationship at one point but 16 is the age of consent in Pennsylvania.

School records showed that Yu was signed out of school by Esterly, who was listed as her stepfather, 10 times between Nov. 13 and Feb. 9.

Esterly’s wife, Stacey Esterly, speaking through her attorney, John Waldron, told the Morning Call that she had become suspicious of Esterly’s relationship with the teen last summer, and for the past eight months the couple had been “fighting every day over Amy.”

“Kevin indicated that he was attempting to be her dad, a father figure to Amy,” Waldron said. “Stacey did not believe it to be merely a father-daughter relationship and that’s why there were fights.”

According to Waldron, Esterly lost his job over his obsession with Yu and had been unemployed for a month. He also rented an apartment about four blocks from Yu’s family home.

Waldron said Stacey was glad the pair were found.

“She’s very happy and relieved. She wants Amy home with her mom, that is what she has always wanted. She is glad that Amy is safe and that Kevin is with authorities.”