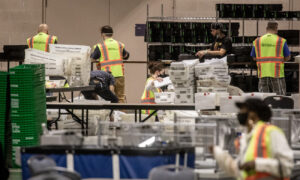 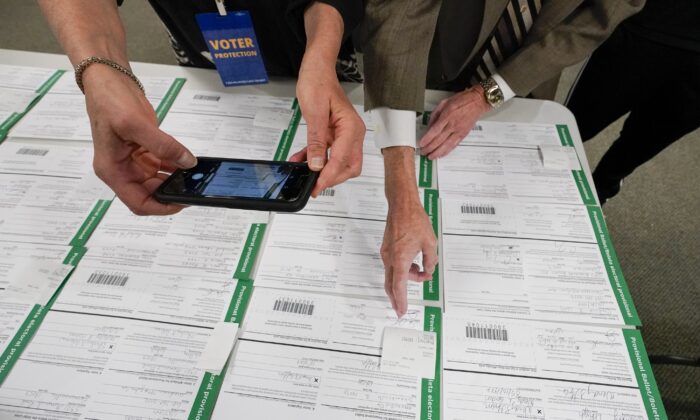 The Pennsylvania Supreme Court denied an application for a stay of its own order related to the certification of election results on Dec. 3.

In a one-statement order, the state’s highest court rejected a filing by Rep. Mike Kelly (R-Pa.) and other Republicans.

A lawyer representing Kelly and others told The Epoch Times via email that the group has appealed to the U.S. Supreme Court.

The group last month sued the state, seeking to block the certification of the election results in the commonwealth by arguing that its vote-by-mail statute violates the Pennsylvania Constitution.

A commonwealth judge several days later blocked certification of the results. She said petitioners would likely win the lawsuit “because petitioners have asserted the Constitution does not provide a mechanism for the legislature to allow for expansion of absentee voting without a constitutional amendment.”

But the Pennsylvania Supreme Court, dominated by Democrats, overturned the ruling on Nov. 28.

The court said petitioners failed to file their challenge in a “timely manner,” as they had filed their suit more than one year after the enactment of Act 77—the law central to the case.

The plaintiffs this week filed a request asking the U.S. Supreme Court to intervene. They also argued that the Pennsylvania Supreme Court should stay its own ruling because there was a “reasonable possibility” that the nation’s highest court would take up the appeal.

The state Supreme Court’s “decision violates Petitioners’ due process rights and rights to petition under the Fourteenth and First Amendments to the U.S. Constitution and also does not reach the critical issue that Pennsylvania’s General Assembly exceeded its powers by unconstitutionally allowing no-excuse absentee voting, including for federal offices,” during the Nov. 3 elections, petitioners wrote in a court filing.