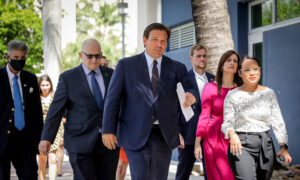 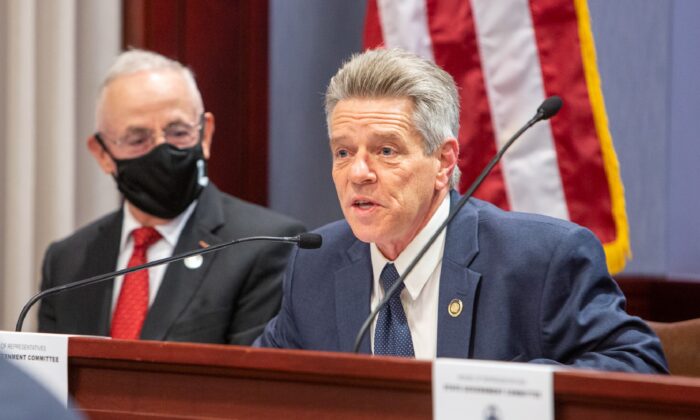 Two Pennsylvania state representatives are attempting to ban the teaching of critical race theory (CRT) in the state’s schools, with the introduction of a bill aimed at “prohibiting the teaching, funding, or dissemination of racist and sexist concepts,” according to a statement on June 4.

House Bill 1532, or the Teaching Racial and Universal Equality (TRUE) Act, was introduced by state Reps. Russ Diamond and Barbara Gleim, both Republicans. It has collected at least 25 sponsors so far and was referred to the state Education Committee for a vote on June 7.

“CRT further divides us by making the immutable traits of race and gender a prime factor in how we view others—exactly the opposite of Dr. [Martin Luther] King’s dream,” a memorandum states.

The bill will ban the teaching of racist or sexist concepts across the commonwealth, defined by the bill as an individual receiving “favorable treatment due to the individual’s race or sex” or that “an individual, by race or sex, is inherently racist, sexist or oppressive, whether consciously or unconsciously.”

Diamond told The Epoch Times that the Pennsylvania Constitution states that “we do not try to separate people by race, or ethnicity in any way, especially in any way that declares any particular race to be inferior or superior to another.”

Diamond said that children should be taught that all Americans are equal and “we should celebrate what we used to call ‘The Great Melting Pot.’”

He added that CRT is similar to Marxist ideology because it divides people into groups and treats them as part of a collective rather than as individuals.

Diamond said he is deeply concerned that CRT has infiltrated the educational system. Although CRT supporters usually deny the connection between CRT and Marxism, there is “at least one university professor in Pennsylvania admitting openly that CRT is a Marxist ideology. But America is not a Marxist country, so we don’t need to teach Marxist ideas to our children,” he said.

He said that the bill will apply to any school receiving any commonwealth funds.

Over 300 colleges and universities in the United States have Critical Race Training programs, according to criticalrace.org, which also emphasizes its influence in primary and secondary education as a growing issue.

Tina Descovich, co-founder of nonprofit Moms for Liberty, expressed particular concern about CRT targeting young children. In an interview with The Epoch Times, Descovich said CRT is “being implemented as fact and truth right now to four year olds and five year olds, which is unacceptable because it’s a theory and very damaging, very harmful to young minds.”

Descovich believes that CRT is divisive, as it takes society’s problems and uses them as a way to divide people by the color of their skin. She argued that CRT denies the value of an individual based on the content of their character and their actions. “That’s not who we are as Americans, that’s not who we want to be, and that’s not what we want our children to learn,” Descovich added.