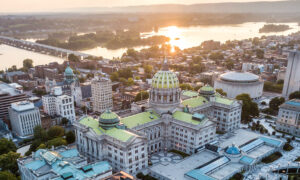 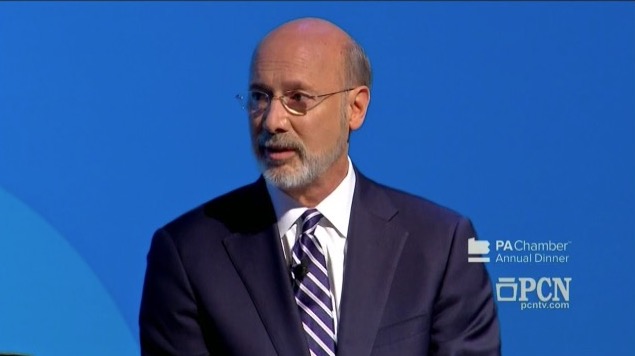 State lawmakers in Pennsylvania called on Gov. Tom Wolf to convene a special assembly for a special session on alleged voter fraud, coming about a week after a group of GOP legislators heard witnesses make claims of irregularities and fraud during the Nov. 3 election.

In a letter, more than 30 state legislators called on Wolf to call the special session. They listed 15 questions that need to be answered to restore voters’ faith in the election process.

They cited “numerous unanswered questions” about the election that require a full session to examine them.

Among other questions, the lawmakers asked Wolf, a Democrat: “How were ballots delivered to the Pennsylvania Convention Center on November 3 and November 4? Are the logs to delivery trucks available for review?”

Citing “eyewitness testimony presented during the Pennsylvania Senate Majority Policy Committee hearing held” last week, they also asked for the “logs to the tabulators demonstrating which and when votes were recorded in Philadelphia during election week.”

The lawmakers made note of a truck driver working for U.S. Postal Service subcontractor who told news outlets this week that he transported more than 100,000 completed absentee or mail-in ballots from Bethpage, New York, to Pennsylvania, under unusual circumstances.

“There is no logical explanation for this to happen,” they said. “We call on you to exercise the authority granted to you in our Pennsylvania constitution to call the General Assembly immediately into session so that we can provide the election oversight the public deserves.”

Pennsylvania Secretary of State Kathy Boockvar’s office has said they have seen no evidence of voter fraud or irregularities that would overturn the election result.

Last week, Pennsylvania State Senator Doug Mastriano, a Republican, said in an interview that the Republican-controlled state legislature will attempt to reclaim its power to approve state elections to the Electoral College.

“It really seems bizarre to me that the general assembly would push itself out of power for an entire month,” Mastriano told The Epoch Times days later on Dec. 1. “The challenge is that the certification is in the hands of the secretary of state and the governor—the very same people that we have issues with. So we have a bit of a constitutional crisis here.”