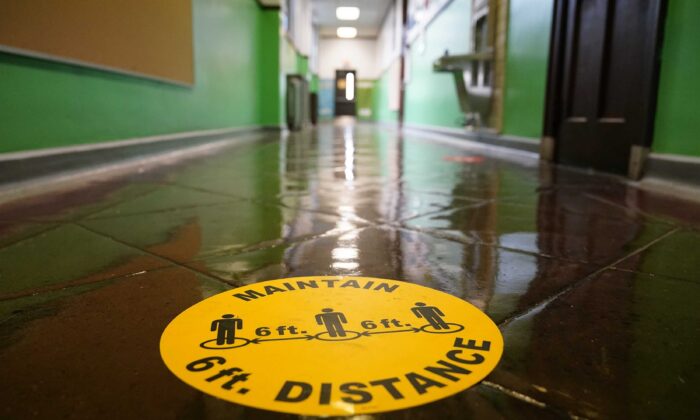 The Pennsylvania Senate Education Committee Tuesday approved a plan that provides parental control over masking decisions in school. Senate Bill 846 next goes before the full Senate for consideration.

Republican senators Doug Mastriano and Judy Ward cosponsored the bill which would allow parents or legal guardians to opt their child out of wearing a face mask due to a rule that is imposed by the state secretary of health or the school board.

The bill also provides that a child who has been opted-out of wearing a mask will not be subject to any harassment or discriminatory treatment, for example isolating that child or forcing him to work in the hallway.

This summer, Governor Tom Wolf’s administration told schools to make local decisions about masking. But just as schools were starting this fall, the Department of Health issued an order requiring masking of students and children at schools and daycare centers. Because Pennsylvania is no longer classified as being in a state of emergency, it is unclear if schools must follow the mandate.

“Unfortunately, this legislation is especially necessary following a statewide mandate from the Department of Health,” Mastriano said in a statement. “It is worth noting that over 90 percent of school districts rejected mask mandates in their health and safety plans prior to the issuance of the mandate.”

“Parents of school age children gather information and do their utmost to make informed decisions that are in the best interest of their child,” Mastriano said. “They know the children’s strengths and weaknesses best, and love their kids more than any bureaucrat or elected official does. Oftentimes, parents are the only ones who can notice the day-to-day changes of their child and the effect that all day mask wearing can have on them.”

This bill allows parents to consider the personalized needs of each unique child, he said.

Ward said her office has been overwhelmed with calls and emails from parents upset with masking mandates from the Wolf administration and from their school districts.

“Parents throughout our districts have echoed their concerns about the negative impacts of mask-wearing on their children,” Ward said.” Issues such as difficulty breathing, decreased communication among students, learning impairments, and anxiety are common.”

“Parents know what their children are going through and can decide whether a mask is necessary for their children’s health and success in school,” Ward said. “Passage of this bill will give rights back to the parents and legal guardians to do what they know is best for their children.”