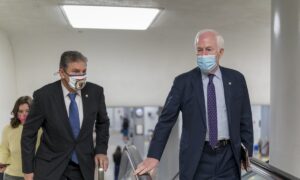 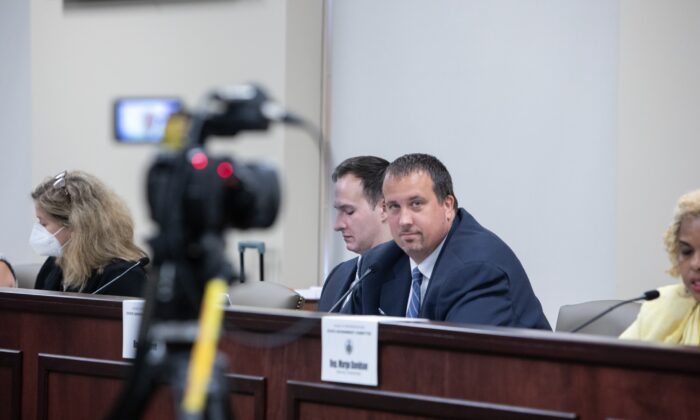 Pennsylvania Senate Passes ‘One of the Strongest Integrity Bills’ in the Country: Committee Chairman

The Pennsylvania Senate on June 25 passed a voting reform bill after it passed in the State House on June 22. The bill then went to Democrat Pennsylvania Gov. Tom Wolf’s desk.

“This is a solid election reform bill, which simply ensures it is easier to vote and harder to cheat,” the bill’s primary sponsor, House State Government Committee Chairman Seth Grove, told Epoch Times.

“It is one of the strongest integrity bills in the entire country. I’m really proud of the work of the House State Government Committee on this legislation, all the hearings. We’ve had to provide the best election reform bill in the entire country that will modernize our system. And it is really great in ensuring that voters can trust the outcome of every election thereafter,” Grove said.

The Voting Rights Protection Act came about after the House State Government Committee held 10 hearings from January through April, with 52 people of different backgrounds testifying.

“We basically took every security and integrity process of every other state and put it in the bill,” Grove said. “Voter ID for in-person signature verification, which Pennsylvania had up until the 2020 General Election when the Supreme Court removed that. We bring that back in. We require training for elections directors for signature verification, we buy county sorters with artificial intelligence to help with signature verification on mail-in ballot applications requiring two unique identifiers.”

The Voting Rights Protection Act ensures security and rebuilds trust in elections after voters from both Democratic and Republican Parties have questioned the outcomes of the 2016 and 2020 presidential elections.

In addition, the bill would also expand access to early in-person voting and curbside voting, improve voter rolls, and require audits after every election.

Grove said voter rolls are a huge issue in Pennsylvania. “A private organization recently sued Pennsylvania because we had over 20,000 deceased people still on the rolls. There are salient internal control failures within our election system.”

According to Grove, there are two major problems that have the potential to create systematic voter fraud in Pennsylvania.

One problem is that the current law doesn’t require election directors to validate a voter’s registration application to make sure the person can legally vote in Pennsylvania.

“So you can have an organization that dumps 10,000 voters registered––new voter registration applications––on a county right before an election,” Grove said. “We closed that loophole by requiring the use of data analytics and verification. They have to verify before they add someone to the voter registration.”

Another problem, according to Grove, is the Web API, which allows third parties to create a website, register voters, and capture all the personal information-––name, address, unique identifiers, Social Security number, driver’s license, and signature. And they can keep all that information internally for their use.

With mail-in ballots it’s the same as with voter applications, Grove said. There’s no internal control that would stop those third parties from taking these voter registrations and applying for ballots on behalf of those people, Grove said.

“We end that entire Web API process,” Grove said. “To register, voters have to use the [Voter Registration] department’s website.”

“We’re proposing the best audit function in the entire country. So we’re actually creating a bureau of election audits under our Auditor General’s office,” Grove said.

Pennsylvania’s Governor Tom Wolf has stated that he will veto the bill if it reaches his desk.

Grove said the Governor has not negotiated with Pennsylvania Republicans on election reform. He explains what the State lawmakers are going to do in case the Governor vetoes the bill.

“We will move on to doing a Constitutional Amendment for voter ID. And then we will be moving off of election reform, and we’re going to take it to the people if Governor Wolf doesn’t want to work with us,” Grove said.

Grove is confident that voter ID will become law through a ballot proposal, because these ballot questions in Pennsylvania pass 80 percent of the time, and support for voter ID is high. “We’re guaranteed to have voter ID in Pennsylvania,” Grove said.

Meanwhile, the Pennsylvania Senate passed a Voter Verification Constitutional Amendment (SB735), sponsored by state Senator Judy Ward Senate, which allows voters to decide if the Pennsylvania Constitution should be amended to require identification each time a voter casts a ballot. Currently, Pennsylvania voters only need to provide an ID the first time they vote in person.

Currently HB1300 is waiting for Governor Wolf’s decision to sign the bill into law, veto it, or allow it to become law without his signature.