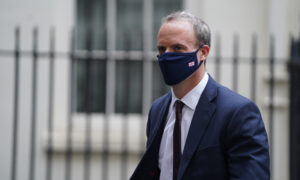 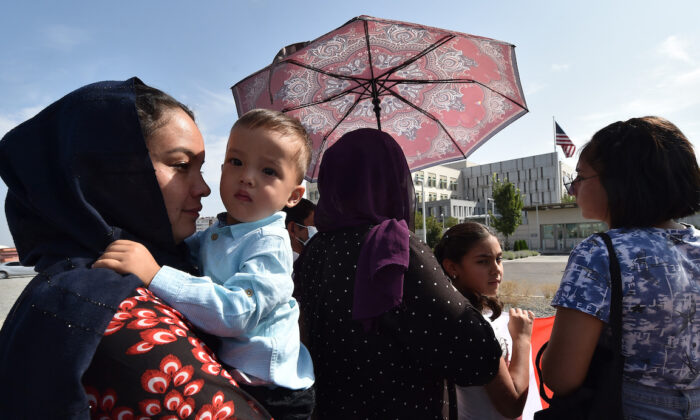 Afghan refugees, who fled Afghanistan in 1996, attend a rally in front of the U.S. Embassy in Bishkek, on Aug. 19, 2021. (Vyacheslav Oseledko/AFP)
US News

As thousands of people exit Afghanistan, nonprofit groups are preparing to help some refugees resettle in Pennsylvania.

In Pittsburgh, two groups are focusing on the resettlement of Afghan families with special immigrant visas. They are Jewish Family and Community Services (JFCS) and Acculturation for Justice, Access, and Peace Outreach (AJAPO).

Special immigrant visa recipients are Afghan civilians who worked with the U.S. government and military and are eligible for refugee resettlement services.

“We will be helping the Afghan SIVs in the same ways that we help other refugee groups,” Ivonne Smith-Tapia, JFCS director of refugee and immigrant services told The Epoch Times.

“As part of the resettlement process, each SIV will be met at the airport. We will then bring them to a furnished home and make sure they have clothes, food and basic essentials,” Smith-Tapia said.

“In the days following their arrival, we will provide essential, immediate and longer term assistance, including but not limited to referrals to human services benefits, set-up of medical appointments, enrolment in school, paperwork, English as a second language class referrals, peer group guidance, transportation support and help getting a job.”

Because of the large number of people expected to qualify for SIV status and the quickly changing situation, Smith-Tapia said there is no way to know how many people might arrive in Pittsburgh.

“We work with the national resettlement organization Hebrew Immigrant Aid Society, who assigns us cases based on capacity and need. Because this situation is so urgent, we’ve created a collaborative effort with organizations across the city to increase our capacity to help,” Smith-Tapia said.

“JFCS is prepared to help any and all SIV arrivals we receive and is working together with other resettlement agency AJAPO, as well as a collaboration of organizations across the city, to meet their needs and ensure a successful resettlement.”

Lancaster based Church World Service (CWS) is a global organization responding to hunger, poverty, displacement and disaster. It provides initial resettlement and placement services for new refugees including housing, food and furnishings, employment services, and support with settling in to life in Lancaster. This includes help registering school-age children for school, scheduling medical appointments and building connections to the community through volunteer support and community friendship.

“Since 2001 thousands of Afghan men and women have worked alongside the U.S. military in Afghanistan as translators, logisticians, interpreters, clerks, cultural advisors, drivers and security guards. They have supported our troops and saved American lives,” Valentina Ross, CWS Lancaster office director told The Epoch Times. “We urgently ask the (Biden) administration to protect all of those still in danger.”

CWS Lancaster is supporting efforts to bring U.S. allies and refugees from Afghanistan to the United States. Four CWS Lancaster staff have been deployed to Virginia to assist in processing recent Afghan arrivals to the U.S. and the organization has indicated its interest in resettling Afghan SIV recipients and other Afghan refugees to Lancaster.

When getting started, refugees will be eligible for social services such as access to food through a supplemental nutrition assistance program, and Pennsylvania’s Department of Human Services (DHS) is ready to help.

“We have been diligently preparing for the imminent arrival of Afghan refugees,” DHS Communications Director Ali Fogarty told The Epoch Times.

“While the administration does not directly provide placement services, we are in contact with our federal and local partners to coordinate resources and combined efforts,” Fogarty said.

“DHS does not have decision-making authority on who or how many refugees will be resettled in Pennsylvania. That decision is made by the federal government. In anticipation of their imminent arrival, our partners have indicated that the most immediate need is identifying housing. Our local partners across the commonwealth are seeking housing resources.”

Democratic state Rep. Dan Williams has introduced a resolution urging President Joe Biden and Pennsylvania Governor Tom Wolf to work together in resettlement efforts in Pennsylvania for Afghan refugees. Wolf’s office did not respond to a request for comment for this story.

The U.S. State Department offers Afghani SIV refugees some say in where they are placed.

Refugees may allow a resettlement agency to choose a location based on biographical information about their family; list a person near whom they would like to be resettled, or choose from the list of cities identified by resettlement agencies as having a reasonable cost of living, housing availability, supportive services, and welcoming communities with volunteers and resources. The complete list of those U.S. cities follows: