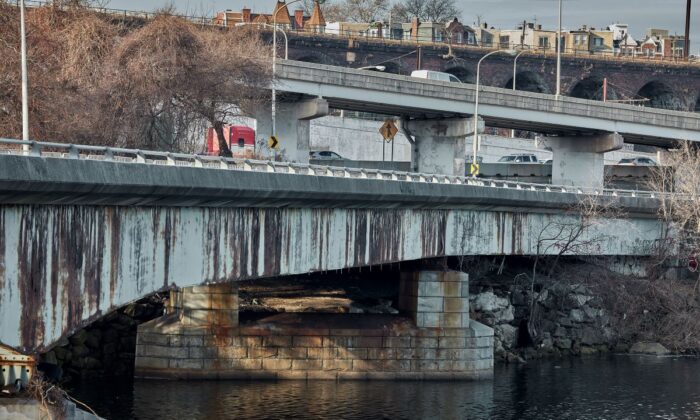 The move has been challenged in Commonwealth Court by municipalities near proposed tolling locations, including South Fayette Township, Collier Township, and Bridgeville Borough in Allegheny County. Berks County has joined the suit.

They say tolling bridges will cause drivers to avoid the bridges, reroute to local roads, and cause congestion and wear and tear on the roads. It would also be a financial burden to residents living near tolled bridges.

But the state is moving forward. Bridging Pennsylvania Partners was named this week to administer the Major Bridge Public-Private Partnership (P3) initiative that includes the repair or replacement of up to nine bridges.

The Pennsylvania Department of Transportation now enters a pre-development agreement to finalize the design and packaging of the bridges to be built, financed, and maintained, PennDOT Secretary Yassmin Gramian announced.

In February, PennDOT announced the interstate bridges being considered for improvements and tolling. They are:

These bridges, all built in the 1960s, are still considered candidates while undergoing evaluation in accordance with the federal National Environmental Policy Act, PennDOT spokeswoman Alexis Campbell told The Epoch Times in an email.

The bridges would have all-electronic tolling and bill drivers through EZ Pass or by mail through the toll-by-plate system.

“The tolling of roads is a last resort that requires by statute, stringent requirements be followed before tolling can be implemented,” attorney John M. Smith, who is handling the court case for objecting municipalities, told The Epoch Times. “We look forward to explaining to the court how the statutory requirements, including the obligation to consult with local governments affected by tolling in advance of approving bridges for tolling, was completely ignored. Moreover, PennDot, not the P3 Board, made the sole decisions on which bridges should be tolled without any authority by statute to do so.”

The matter is tentatively scheduled to be heard by a judge May 16, Smith said.

PennDOT doesn’t expect to improve all the bridges at once. The first bridges to be improved must have completed the environmental process and be scheduled to be under contract by December. Construction would begin between fall 2023 and spring 2024, PennDOT said in a statement.

Bridging Pennsylvania Partners is made up of the following firms: