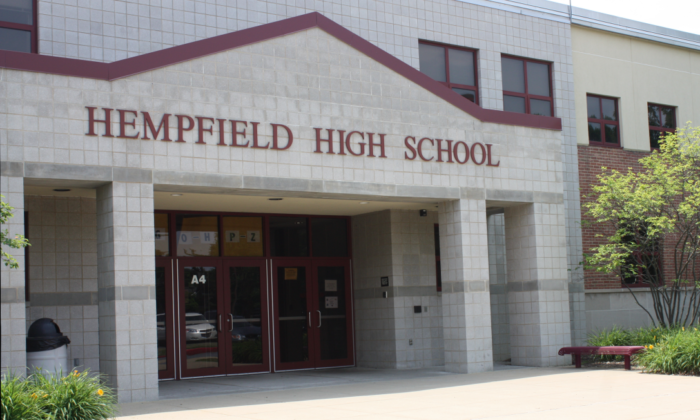 A drag show at a Pennsylvania high school went too far, parents say, when professional drag queens performed sexually provocative dance moves in skimpy spandex thongs at an after-school student event. Parents say they were not informed of the drag show and no parental permission was sought.

Club members were urged to bring tip money to pay the drag queens, who traveled across the state from Pittsburgh to the Lancaster County school, according to a post by the GSA adviser on Schoology, an app used to communicate with students. The post was provided by the school parents’ Facebook page “Let’s Talk Hempfield.”

The event was promoted in the school’s morning announcements and all students were invited to attend.

A student posted parts of the performance on social media, showing four transgender dancers moving to dance club music in clothing that revealed their buttocks and, as one parent noted, definitely did not meet the school’s dress code standards. Soon, parents were discussing the event on social media and within days, the Hempfield School District issued an apology.

“The administration team apologizes to students, parents, and the community on behalf of those involved in this event. We are appalled at what took place and in no way condone this type of activity in our schools. Neither the dress of the invited guests nor the performance was appropriate in our school setting,” the statement said.

“It is important to district administrators that the district has the trust and confidence of the community, and we realize that an incident such as this completely undermines that trust. We commit to completing a thorough investigation and holding those involved accountable, up to and including disciplinary action that is commensurate with any findings. Currently, an individual has been placed on administrative leave pending the outcome of the investigation. Since this is a personnel issue, there will be certain information the district is unable to share with the public,” the statement said. The district has not responded to requests for further comment.

The individual placed on leave is a teacher who is one of two advisers of the GSA, parents say.

Meridith Hilt, a parent of two Hempfield students and administrator of the “Let’s Talk Hempfield” parent’s Facebook page told The Epoch Times that the adviser made a very big error in judgment, but just because parents are upset about the content of this event, doesn’t mean they are opposed to the LGBT community or the GSA club.

“I want to be clear that we’re not going after the club, but the club has gone too far,” Hilt said. “We would have been just as upset if it would have been women from Hooters, strippers, or literally any half-naked adult doing that in front of kids. It is wrong and it has nothing to do with LGBT anything. It’s an unfair way to classify our feelings on this like, ‘Oh, you just hate us.’ That’s not true at all. The behaviors that we saw in the video were clearly inappropriate and indecent for minors.”

Richard Boyer, a father of two teens in the district echoed that sentiment.

“It’s one thing for it to be a drag queen fashion show,” Boyer told The Epoch Times. “But the type of drag queen show it was borderlines on [a] strip show. With the dancing and the sexual innuendo, that’s not fitting to be on school grounds. This has absolutely nothing to do with the LGBTQ community. This is not an attack on them. There’s no hate towards them. It’s about the level of appropriateness for an event like that to take place on school grounds in front of children.”

“There are clear boundaries that have been crossed and so there’s some things that that that need to get dialed back,” Boyer said.

Parents predict a full house at the May 10 school board meeting. They want to know if the drag queens were paid and if they had completed child abuse background checks that are required in Pennsylvania for anyone working with minors.

The National GSA Network did not respond to a request for comment in this story. Founded in San Francisco in 1998, GSA was originally called the Gay Straight Alliance. Many schools across the nation have a GSA club, but the organization changed its name in 2016 to the Genders & Sexualities Alliance Network.

Once more of a support group, the organization has become more political in recent years.