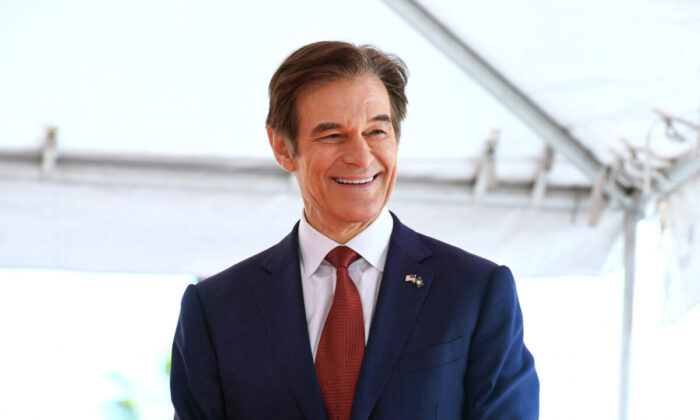 Oz, McCormick separated by about 900 votes
By Zachary Stieber

The Republican primary for a soon-to-be-vacant U.S. Senate seat representing Pennsylvania is headed to a recount, officials announced on May 25.

The 902-vote difference between Dr. Mehmet Oz and businessman David McCormick is within the one-half of 1 percent margin that triggers a mandatory recount under state law, Pennsylvania Acting Secretary of State Leigh Chapman said during a briefing.

“Mr. McCormick has not waived his right to a recount. So, as acting secretary of state, I’m required by the election code to order all county boards of elections to conduct a recount of the race,” she said.

McCormick had said in a statement that the “narrow difference” between himself and Oz would trigger a recount.

“We look forward to a swift resolution so our party can unite to defeat socialist John Fetterman in the fall,” he said, referring to the Pennsylvania lieutenant governor who won the Democrat primary.

Casey Contres, an Oz campaign manager, said earlier that it was “becoming obvious” that Oz would prevail.

Author Kathy Barnette was third with about 25 percent.

Each county can start recounting votes on May 27. They must start by June 2 and finish by noon on June 7.

Chapman also ordered all counties to separate and tabulate ballots without dates and with incorrect dates.

“Our position is that undated and incorrectly dated ballots should count,” she said, pointing to a federal appeals court decision that federal law requires Lehigh County to count 257 mail-in ballots that weren’t counted in the 2021 election because no dates were written on the return envelopes. “To be clear, our guidance will enable counties to arrive at an accurate count no matter what the courts decide.”

With 65 counties reporting, the undated ballot count was 860 from Republican voters and 4,190 from Democrat voters. There are about 4,000 absentee ballots that haven’t yet been counted, in addition to around 6,000 provisional ones.

The announcement came a few days after McCormick filed a lawsuit to try to make sure all mail-in ballots lacking a date were counted. No judgment has yet been rendered.

Once the recount is over, the winner will face off with Fetterman for the seat being vacated by Sen. Pat Toomey (R-Pa.), who is retiring after his current term in office.

Every Senate seat is critical because the makeup of the upper chamber is currently 50 Republicans and 50 Democrats or nominal independents. Vice President Kamala Harris, as president of the chamber, can cast tiebreaking votes.

Out of 34 Senate seats up for election, 14 are held by Democrats and 20 by Republicans.