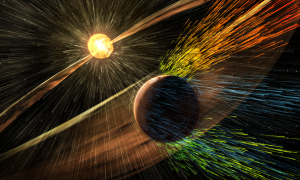 NASA Discovers How Mars Became Uninhabitable Billions of Years Ago
0 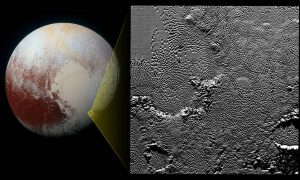 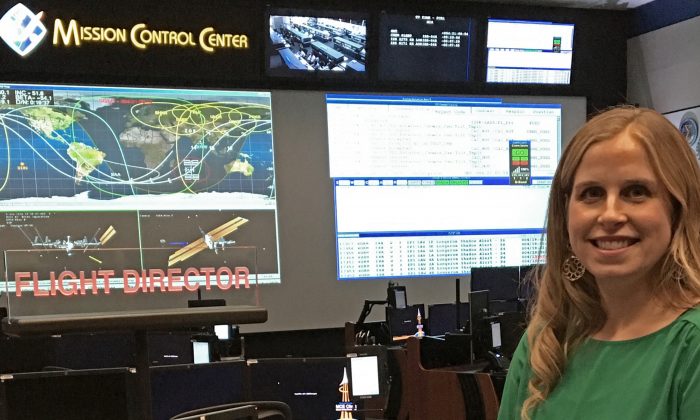 ERIE, Pa.—While attention is focused on the astronauts orbiting Earth aboard the International Space Station (ISS), it’s someone down below on the ground who’s turning the lights on and off each day and making the thrusters go.

Soon, that person will be Wattsburg native Mary Lawrence.

“We get to do the real flying of the International Space Station,” she said.

The graduate of Seneca High School and Penn State Behrend was one of five new flight directors named in September to manage International Space Station operations from NASA’s Mission Control Center in Houston.

Lawrence, 36, a daughter of Patrick and Judy Good, of Wattsburg, is in training and hopes to be certified in a few months to support real-time operations as one of 27 active flight directors for NASA.

“We’re the lead of the flight control team,” she said.

Once certified, Lawrence said, she’ll spend some days at a console in the Christopher C. Kraft Jr. Mission Control Center at NASA’s Johnson Space Center. Her responsibilities will include making final decisions for day-to-day operations, which she said removes that burden from the astronauts.

“The majority of the control of the space station actually happens from the ground,” she said. “The reason for that is we want the astronauts to focus on the real mission of the International Space Station, which is research and science.”

NASA describes the ISS as “a microgravity laboratory in which an international crew of six people live and work while traveling at a speed of 5 miles per second, orbiting Earth every 90 minutes.”

Flight directors help ensure that the crew has what it needs to conduct scientific research providing benefits to people on Earth and preparing for long-duration exploration in deep space, NASA said in a news release.

When Lawrence isn’t at a console in Mission Control, she could be in an office planning for future support missions to the ISS, for product development or for new equipment.

Lawrence, who received a bachelor’s degree in mechanical engineering from Penn State Behrend in 2001, started working for U.S. Space Alliance, a NASA contractor, in 2002 before going to NASA in 2007 as a civil servant.

She now lives south of Houston in League City and is married to Andrew Lawrence, a Behrend graduate from Saegertown. They have a daughter, Alene, 3, and a son, Samuel, 18 months.

“Mary is very good at balancing her work schedule and her family,” her mother said.

Judy Good said her family is proud of Mary Lawrence, who is one of a small number of women to serve as NASA flight directors. In addition to her parents, two of her three sisters still live in Erie County.

Good said her daughters were told “you can reach any goal you want to reach.”

Growing up in a family of four girls with a chiropractor for a father, Lawrence said she never knew there were fields like science and engineering that women didn’t enter as often as men.

She said she was a minority in engineering school but that wasn’t a disadvantage because it simply allowed her to bring something different to the team.

“She was a good student, very personable,” said Bill Lasher, a professor of mechanical engineering at Behrend with whom Lawrence stays in touch.

He thinks her selection as a NASA flight director can be inspirational to other women and to girls.

Behrend wasn’t a hard choice for Lawrence. Her father and two of her sisters attended Penn State.

“I grew up in a Penn State family,” she said.

She also liked the engineering program and small class size at the Harborcreek Township campus.

Lawrence started focusing on math and science in high school. She said she took courses at Behrend the summer before graduating from Seneca and that got her interested in engineering.

She said the appeal of space is the unknown and the exploration of it is romantic.

Good said her daughter, who played volleyball, basketball and softball in high school and volleyball in college, has a good balance in her life that likely helped her get the job at NASA.

“She has an engineering mind but she is a great communicator,” Lawrence’s mother said.

Lawrence has often told her family that if asked to go into space, she would. But she said she’s found a “home in operations” and likes the challenge of the work she’s doing on the ground.

She said that as a flight director she can help figure out things that can be done now that will help make a mission to Mars happen in the future.

“I think this is where I’ll stay,” she said.