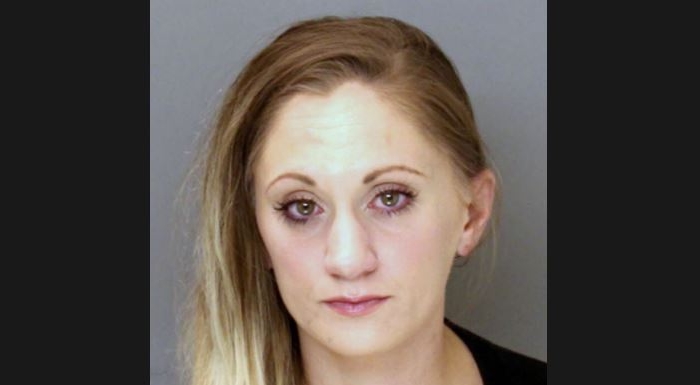 A Pennsylvania woman was arrested after her son allegedly died from drinking breast milk laced with drugs.

Samantha Whitney Jones appeared in court on Friday and was arraigned on a single count of criminal homicide, reported The Intelligencer. Her 11-week-old son died on April 2 from cardiac arrest brought on by the drugs in the breast milk, a medical examiner said, fed to him just hours before the death.

The autopsy identified methadone, amphetamine, and methamphetamine in the milk.

Jones, of New Britain Township, was taking methadone in an attempt to stop an addiction to painkillers and told police officers that when the baby woke at 3 a.m. she was too tired to prepare infant formula so she breastfed him, the Bucks County District Attorney’s Office said in a statement.

Jones had been breastfeeding the child regularly but switched to formula three days before the baby’s death because the infant wasn’t getting enough milk from the breastfeeding, according to the affidavit.

The baby’s father said that he found Jones and the baby in separate bedrooms at about 6 a.m., and the baby was crying. Jones asked her husband to prepare formula for the baby, and he did so before he left for work.

Jones said she fed the baby the formula and fell asleep. An hour later, she found the infant pale with bloody mucous coming out of his nose. The boy soon went into cardiac arrest and was pronounced dead at 8:29 a.m. at Doylestown Hospital.

Jones was arrested about a year ago after being found passed out at the wheel of her vehicle with a baby inside. A blood test found the same drugs that were identified in her now-dead son’s system, along with the anxiety medication clonazepam, and Jones was sentenced to house arrest with the condition of continuing drug treatment.

The child in the car at the time is now 2 years old and is in the primary custody of his father.

Jones’s bail has been set at $3 million.