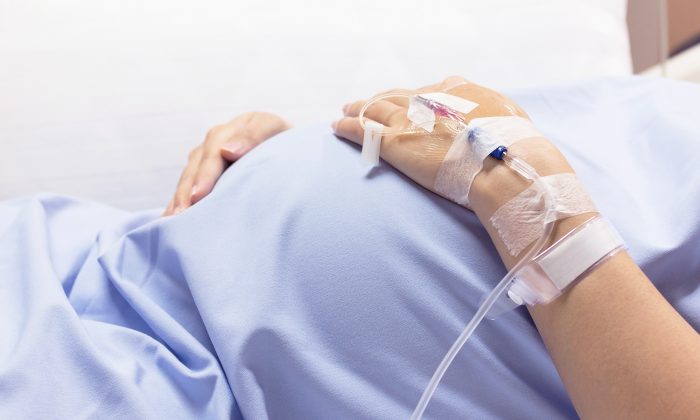 In an effort to promote his views on abortion, a Pennsylvania lawmaker has issued an official memo loaded with sexual double entendre, announcing startling proposed legislation.

Democrat state Rep. Christopher Rabb’s memo calls for “all inseminators to undergo vasectomies within six weeks from having their third child or 40th birthday, whichever comes first.” The legislation would allow Pennsylvanians to take civil action for unwanted pregnancies against inseminators who wrongfully conceive a child with them. It would also offer “a $10,000 reward for reporting to the proper authorities those scofflaws who have not complied with this statute within the allotted time frame.”

“As long as state legislatures continue to restrict the reproductive rights of cis women, trans men and non-binary people, there should be laws that address the responsibility of men who impregnate them,” Rabb writes in the memo. “Thus, my bill will also codify ‘wrongful conception’ to include when a person has demonstrated negligence toward preventing conception during intercourse.”

The memo is peppered with awkwardly placed words of innuendo. It also includes abortion imagery, saying our social fabric is being “sliced up” by bitter acrimony, and suggesting “we should come together to address it with ‘surgical precision.’”

The bill seeks to end a gendered double standard, Rabb’s memo said, adding the debate around abortion, contraception, and related productive matters centers on the bodily autonomy of women and girls.

“Rarely is there a meaningful dialogue around public policy focusing on the personal responsibility of cisgender men in this sphere,” the memo said. “The rights of cisgender men have always been paramount in our society with little focus on their responsibility as inseminators to change their behaviors for the good of their partners, families, and society at large.”

The memo came on the heels of rallies Saturday, organized by abortion activists across Pennsylvania and the nation. The rallies were spurred by abortion discussions planned Monday at the Supreme Court and the passage of the Texas bill that bans abortion once a heartbeat is detected, typically at six weeks.

“My public memo summarizes a parody bill that I will be introducing in order to raise awareness about how government wrongfully infringes on the personal liberty of women and their bodily autonomy,” Rabb told The Epoch Times in a text message. He did not respond to why he chose to use sexually charged phrases throughout the memo.

“As you are aware, the bill has no chance of committee consideration,” Mike Straub, spokesman for House Speaker Rep. Bryan Cutler told The Epoch Times in an email. “It proves Rep. Rabb is not interested in actually trying to work together towards solving issues facing the Commonwealth.”