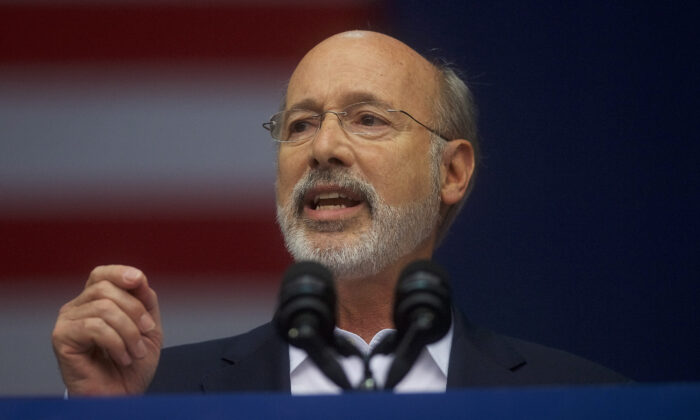 It is unlikely Pennsylvania Gov. Tom Wolf will sign into law a bill that would make sure parents have online access to what their children are being taught in public schools across the state.

House Bill 1332, dubbed the “Empowering Parents With Curriculum Transparency” bill, would require school districts to share their curricula on public websites, starting the upcoming 2022-2023 school year. The latest version of the bill details the information schools need to give parents access to, including a link or title for every textbook used, a course syllabus or written summary of each course, and the state academic standards for each course. Schools would have 30 days to update the information each time these instructional materials are revised.

“By empowering parents with this information before the school year starts, we can ensure that curriculum and lesson plans being taught in our public schools are in line with the educational objectives and wishes of parents,” Republican state Rep. Andrew Lewis, who proposed the bill, wrote in a co-sponsorship memorandum. “Parents across our communities will be able to easily review these materials and provide feedback to school district officials before the next school year starts.”

The bill now heads to Gov. Tom Wolf’s desk after clearing the Republican-majority state legislature. It passed the House by a vote of 112-88, and then the Senate by 28-21. Both votes were largely along party lines.

Elizabeth Rementer, a spokesperson for Wolf, said the Democratic governor opposes the measure.

“To be clear, the governor, in general, supports transparency, but this appears to be a disingenuous attempt to prevent school boards from considering a robust set of curricula,” Rementer said in a statement.

Wolf’s argument echoes other Democrats’ criticism of House Bill 1332. State Sen. Lindsey Williams, the minority chair of the Senate Education Committee, called the bill an effort to “fuel the larger culture war” that “pits the public against teachers.”

“This new legislation would do nothing other than remove local control from our school boards, create an overly burdensome system on teachers and administrators, and create a significant expenses for our school districts, all while undermining the teaching of accurate history and cultural and racial competence to our students,” she argued.

The bill comes amid an increasingly heated debate over the role of parents in their children’s education. Concerned parents across the United States are pushing back on public schools over a curriculum they consider harmful to their children, including Marxism-rooted critical race theory (CRT), progressive sex and gender education, and the injection of social and racial justice activism into subjects like math.

The issue of parental control also became prominent in some of the nation’s high profile elections. In Virginia’s gubernatorial race, Glenn Youngkin, a Republican running on an anti-CRT platform, defeated former Democratic Gov. Terry McAuliffe, who insisted that CRT isn’t being taught in Virginia’s K-12 classrooms and stated that parents shouldn’t tell schools what to teach their children.