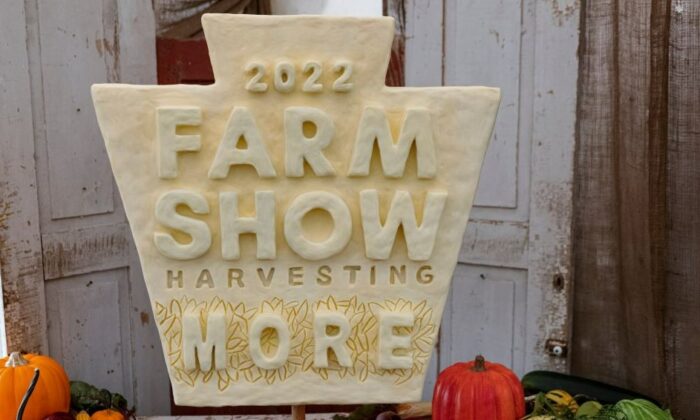 Show back on after skipping 2021
By Beth Brelje

Most states have a summertime state fair but in Pennsylvania, the Farm Show, held each January, is the most important agriculture event of the year. The Pennsylvania Department of Agriculture bills the Farm Show as the largest indoor agricultural event held in the United States.

The in-person event, held at the Farm Show Complex in Harrisburg, was canceled in 2021 due to COVID-19 mitigation efforts, although the Department of Agriculture did offer a virtual Farm Show last year with videos from farms and cooking lessons.

There was concern about the 2022 event happening when in late December, PennAg Industries, an agribusiness association and one of the Farm Show’s largest food vendors announced it was pulling out of this year’s Farm Show amid concerns over spiking COVID-19 cases.

“We continue to run daily risk analyses, and given the current health concerns, anticipated spikes in illness, shortages of staff and space at medical facilities, and the sheer nature of the enclosed Farm Show atmosphere, we have made the very hard decision to forego hosting the PennAg Food Booth at the 2022 PA Farm Show,” the association said in a statement on its website.

But this year’s show, Jan. 8–15, will go on in-person, with newly announced mitigation suggestions.

The event will have widened aisles to reduce congestion. Masking is strongly encouraged. Free masks and hand sanitizer will be available. And the Department of Health will be present to offer vaccinations, Pennsylvania Secretary of Agriculture Russell Redding said Monday in a press conference.

The Farm Show has undergone $21 million in capital improvements, including a new air circulating system that will improve air quality in the building; well known for its distinctive, year-round scent caused by a mix of straw, animals, and the food court.

Last year at this time, the tone across Pennsylvania was about compliance to mitigation orders. This year, personal choice was the message.

Redding encouraged exhibitors and visitors to get vaccinated before attending and suggested that each person attending first assess their personal risk and make their own decision about attending.

Asked why masks are not mandated at the event, Redding said he believes masks are a good idea any year during Farm Show. The event is often so well attended that people are packed together densely while walking through exhibit halls.

This will be the 106th Pennsylvania Farm Show. It is the place where 4-H and FFA students show and sell the animals they have been raising and where agriculturalists and the general public gather to sample foods produced in Pennsylvania and talk about the tradition and future of agriculture.