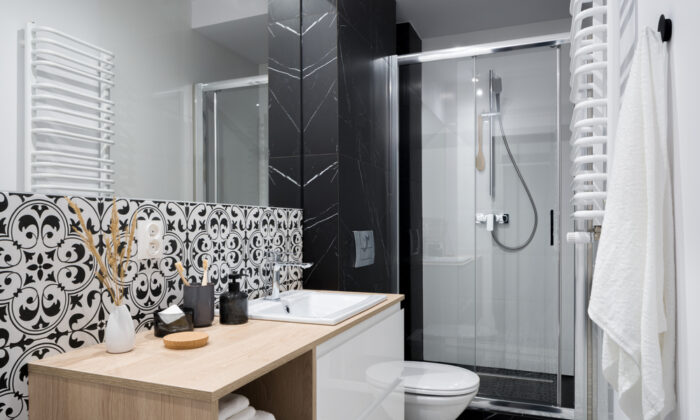 Pennsylvania Environmental Rule Change Will Affect ‘Everyone Who Flushes’

Brace yourself for inflation where you least expect it: in Pennsylvania’s bathrooms.

That was the conclusion state Rep. Daryl Metcalfe came to Monday while chairing a hearing of the House Environmental Resources and Energy Committee, which heard testimony about the Pennsylvania Department of Environmental Protection’s (DEP) plan to revise requirements for its Biosolids Beneficial Use General Permit. This is a permit for anyone who deals in the land application of biosolids— livestock manure on farms, and the stuff you flush in the bathroom that ends up in a septic tank or a wastewater treatment facility. Biosolids can be used in mine reclamation, landscaping to promote plant growth and as fertilizer on farmland.

DEP was invited to the hearing, but declined to attend, Metcalfe, a Republican, said. The agency did send a letter, signed by DEP Secretary Patrick McDonnell, answering some of Metcalfe’s questions.

The proposed changes were revealed when the DEP provided a summary of them in March in a presentation to its Agricultural Advisory Board. But Metcalfe says the changes have not gone through the proper procedure.

“This is going to impact everyone who flushes,” Metcalfe said. “There is cost that is going into effect by the changes to this permit. It will add to inflation when there is no sound science … it should only be advanced by the General Assembly. It is illegal, unconstitutional, and should be going through the legislative and regulatory process, not through some back room in the DEP.”

How will the changes affect consumers? If allowed to become policy, the changes will increase the cost of managing biosolids and the cost will be passed on to consumers, through increased municipal wastewater fees, or higher septic tank cleaning costs, according to those who testified at the hearing.

A Bit of Science

DEP’s new permitting rules would prohibit water treatment facilities from mixing hauled-in waste with sewage sludge. Currently, some wastewater treatment facilities accept trucked in food waste from restaurants and food manufacturers, and biosolids trucked away from septic tanks. While municipal sewage flows into the head of the plant, these trucked-in items go directly into an anaerobic food digester near the end of the plant’s process.

William Toffey, executive director of the Mid-Atlantic Biosolids Association, said the digester’s contents are mixed with the plant’s sewage in a tank with tiny organisms that break things down while making natural gas. The process can produce enough gas to power the water treatment plant. Some facilities have invested in getting into this technology so they can sell the excess gas or use it as power.

But DEP now wants all waste to be mixed in at the head of the plant instead of at the digester.

“This restriction would prevent some biosolids from being recycled,” Toffey said. “It will not produce methane if it is mixed with wastewater.”

Michael Kyle, executive director of the Lancaster Area Sewer Authority in Lancaster, Pennsylvania said the move would result in lost revenue for the Sewer Authority which currently accepts the waste of 30 haulers. Over a year, the Authority takes in about 18 million gallons of trucked-in waste. This generates $500,000 which is used to maintain the plant. It helps keep rates down for customers, Kyle testified.

The head of the plant is not designed to treat certain hauled wastes and putting them through the entire process as the DEP will require could harm the process, Kyle testified.

“We would have to eliminate a lot of the hauled waste, and the waste generators who come to us would have no place to go,” Kyle said. “Instead, these wastes would be diverted to landfills where they would create fugitive greenhouse gasses, or worse, they would be illegally dumped.”

“We would like for the changes to go through the regulatory process and have a cost benefit analysis,” Kyle said. “We know there will be cost, but we don’t know the benefits.”

In its letter to Metcalfe, the DEP said it understands that this type of operation benefits the wastewater treatment facility by optimizing energy generation.

While the permit changes would cause lost revenue, they will also impose higher operating costs—Kyle estimates over $10,000 a year—as the DEP plans to require regular testing for polyfluoroalkyl substances (PFAS). This is a class of synthetic chemicals used to make anything that is non-stick or water repellent. From Teflon cookware and shiny paper to the spray for leather shoes that keeps water out, there are thousands of applications for PFAS and a concern that the chemicals, in use since the 1940s, could cause cancer or other health problems.

Because it is heat resistant, you could burn those water-resistant leather shoes to ashes and still find PFAS in the ashes, Toffey said. He added that it is too soon to implement this regulation because there are not enough testing facilities, and the testing is not yet standardized.

“We are about two years out from having protocols for analysis of PFAS compounds in biosolids,” Toffey testified. “Only in the last couple of weeks did EPA, in collaboration with the Department of Defense, issue proposed protocols for PFAS analysis in wastewater and biosolids. It still has to go through a substantial amount of technical review.” Until that review is complete, it cannot be put into National Pollutant Discharge Elimination System permits.

“There is only one lab in the entire country that is preforming PFAS analysis according to that current protocol,” Toffey said. “Almost every other laboratory is using some other approach and they are not comparable.”

Once a wastewater treatment facility is done treating sewage, the left-over solids are spread onto the ground. Often it is given away to farmers who use it as free fertilizer. This is the “beneficial use” mentioned in the permit’s name. Without free organic fertilizer, farmers would buy fertilizer, often made in other countries, and introduce more nitrates and phosphorus into the local environment.

The DEP is proposing using the Pennsylvania Phosphorus Index, a field evaluation tool, to identify areas of soil with a high risk of phosphorus running off with soil during rain storms, and flowing into streams.

As part of a multistate agreement, Pennsylvania must reduce the amount of nitrates and phosphorus flowing into the Chesapeake Bay Watershed, which covers a large portion of Pennsylvania.

DEP currently only considers the nitrogen content of biosolids to determine how much can be applied to the land. In its letter to Metcalfe, DEP agrees that including phosphorus in the determination will limit the amount of land available for biosolids application.

With wastewater treatment facilities unable to process trucked-in waste, and less land to spread the waste, trucks will have to drive long distances, possibly to neighboring states, to find a place to discard the waste.

“If they get this into final draft and you have a septic system, your septic haulers are going to be going hundreds of miles,” Ned Lang, president of the Pennsylvania Septage Management Association said. That means increased cost for haulers passed on to consumers. In Pennsylvania, 43 percent of homes use a septic tank.

“The potential financial impact of the proposed changes would be far reaching, touching the lives of every taxpayer in the commonwealth,” Lang testified. “It is probable that less biosolids will be recycled and more will be disposed in landfills, if they’re available. If biosolids cannot be land applied and must be disposed in a landfill, the cost is likely to double or triple.”

The DEP, in its letter, said it expects its “stakeholder engagement processes” to extend through January 2022, with a publication of draft permits for public comment early in 2022.