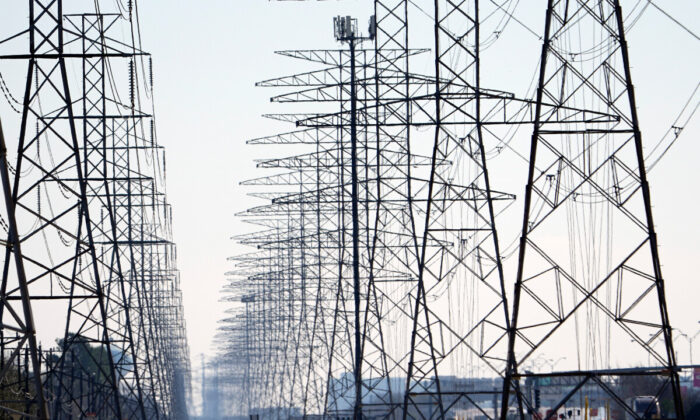 Pennsylvania Energy Costs to Increase up to 50 Percent Starting Wednesday

Pennsylvanians will be hit with an increase of up to 50 percent on their energy bills starting Wednesday, according to the Pennsylvania Public Utility Commission (PUC).

Many areas of the state will see “potentially large winter energy cost increases,” the PUC said.

“Most Pennsylvania regulated electric utilities are adjusting the price they charge for the generation portion of customers’ bills on December 1 for non-shopping customers, also known as the ‘Price to Compare’ (PTC),” the PUC explained in a press release published on Nov. 22.

The PUC added that the PTC averages 40 percent to 60 percent of the customer’s total utility bill, but noted that this figure varies by the utility and by the level of individual customer usage.

Energy providers hiking up their prices for residential customers include Pike County Light & Power, which is used by some 4,800 customers in the northeastern part of the state. From Dec. 1, energy costs are expected to rise from 6.5234 cents to 9.796 cents per kilowatt (kWh)—a surge of 50.2 percent.

Electric distribution company PPL will increase its PTC for residential customers from 7.544 cents to 9.502 cents per kWh—an increase of 26 percent.

The company with the third largest increase in fuel costs is Citizens’ Electric, which will raise prices from 6.9777 cents to 7.9476 cents per kWh, a 13.9 percent, beginning Wednesday.

“The upcoming price changes, combined with falling temperatures, make this an important time for consumers and businesses to evaluate their energy options and explore ways to save money and energy in the coming months,” PUC Chairman Gladys Brown Dutrieuille said in a statement.

“We encourage consumers to carefully review their electric bills, understand the energy prices they will be paying if they stay with default service, and then explore the PUC’s official electric shopping website – PAPowerSwitch.com – for details on competitive offers, along with tips for energy conservation and savings.”

On Nov. 23, Sen. Elizabeth Warren (D-Mass.) wrote a letter to the chief executive officers from 11 natural gas producers, questioning why they are exporting “record amounts” of heating fuels as energy prices continue to soar.

“I am writing regarding my concern about rising natural gas prices for American consumers, the impact this will have for families struggling to pay their bills and keep their homes warm this winter,” Warren wrote.

Citing a Wall Street Journal article dated Nov. 7, Warren said that the utility price hikes “are being driven by energy companies’ corporate greed and profiteering” as they “moved record amounts of U.S. gas out of the country” to Canada, Mexico, and European and Asian countries.

She called for answers with a Dec. 7 deadline. The Democratic senator was one of 11 who urged President Joe Biden in a letter on Nov. 8 to block exports of crude oil produced in the United States.