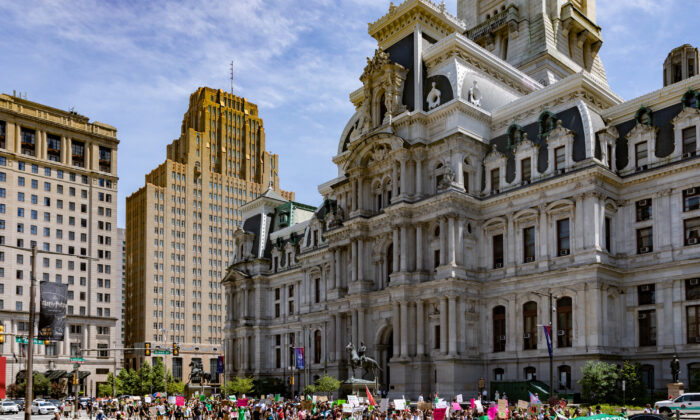 Pennsylvania’s state Senate on Friday passed a bill to amend the state’s constitution to declare that there is no constitutional right to taxpayer-funded abortion nor other rights to abortion in the Commonwealth of Pennsylvania.

The proposed Senate Bill 106 will now go to the state House for a vote. If it passes the lower chamber, it could eventually go to a state ballot.

In 1985, the Pennsylvania Supreme Court held that the state constitution does not require taxpayer funding of abortions, in line with federal precedent.

The amendments proposed in SB 106 would not change the Abortion Control Act, nor does the language ban abortions, Ward’s office said in a release. Instead, the legislation preserves critical checks and balances and ensures that abortion laws are made by elected officials.

“State law regarding such an important issue as this should not be made by unelected judges,” Ward said. “This legislation guarantees that the job of making abortion policy will stay in the hands of the people’s elected representatives.”

“If that’s the truth—and this really doesn’t have anything to do with boldly restricting the right of bodily autonomy—it should be done through the regular legislative process,” Costa wrote on Twitter.

He argued that Pennsylvania Republicans were using the constitution “as a tool” to ensure people did not have the right to an abortion in the state.

“What we are doing here today is egregious,” he said. “The constitution is meant to protect the liberties and rights of Pennsylvanians, not to be used as a tool to enshrine prohibiting rights.”

Ward accused opponents of the bill of wielding “passionate and misleading rhetoric” to convince people the bill will lead to widespread abortion bans.

“Nothing could be further from the truth,” she added.

Amendments to the constitution can be proposed in either the House or the Senate. If it passes a simple majority in both chambers, the amendments must be published three months before the next general election for voters to consider.

SB 106 is being proposed ahead of the November midterm elections, with the Pennsylvania governorship on the ballot this year as well as a U.S. Senate seat.

The amendments must again be considered at the next legislative session and if approved a second time by a simple majority in both chambers, they will go to a statewide ballot.