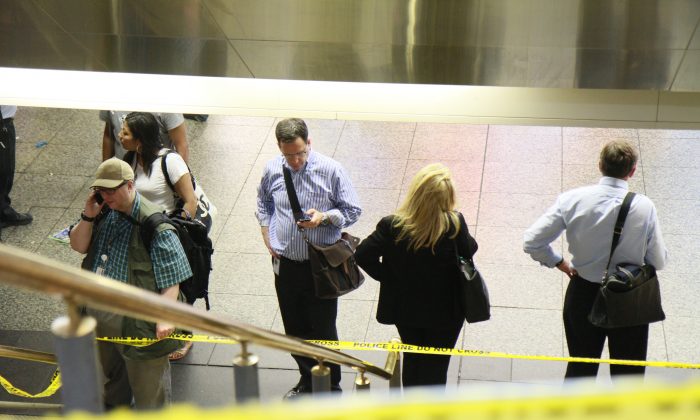 “We are closing the station, I can’t talk,” the official said prior to hanging up the phone. Reporters on the scene found that parts of the station were very much open, while groups of people could be seen standing around near signs announcing delayed trains.

After a second call to the MTA Long Island Railroad Police at 7:16 p.m., the spokesperson said the station will be open again “momentarily.”

Chris, a 30 year-old Long Island Railroad commuter who works in the financial sector, was among those forced to wait at least an hour.

“It’s a common occurrence, you get used to it,” said Chris, who commutes from Great River in Long Island and asked that his last name not be used. “There’s no reason to get upset.” He added that police were telling commuters that there was a derailed train in the East River tunnel.

The disabled train blocked one of four tunnels under the river. Anders said there were cancellations and delays. Westbound service into New York City was temporarily suspended to allow trains to head east using the three remaining tunnels.