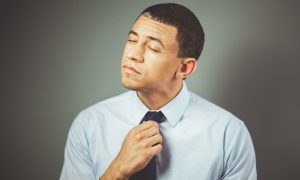 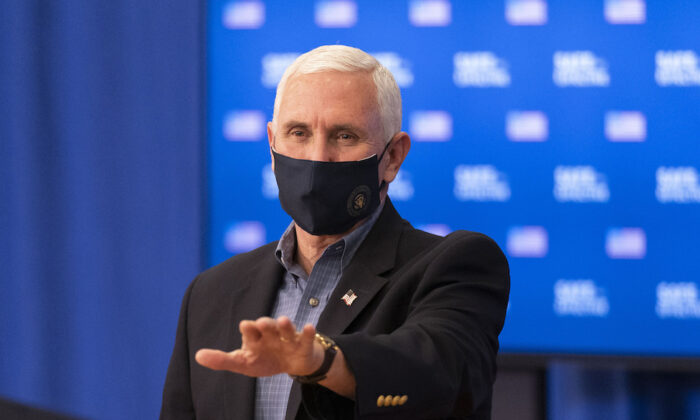 Vice President Mike Pence waves to medical staff as he leaves after getting a Pfizer-BioNTech COVID-19 vaccine shot at the Eisenhower Executive Office Building on the White House complex on Dec. 18, 2020, in Washington. (Andrew Harnik/AP Photo)
US News

The Trump Administration announced Friday members of the U.S. Space Force will now be referred to as “Guardians.”

“Soldiers, sailors, airmen, Marines, and Guardians will be defending our nation for generations to come,” he continued.

The name “Guardians” dates back to 1983 and has a long history in space operations, the force said in a series of tweets following the celebration and after the announcement from the vice president.

“The opportunity to name a force is a momentous responsibility,” the statement reads. “Guardians is a name with a long history in space operations, tracing back to the original command motto of Air Force Space Command in 1983, ‘Guardians of the High Frontier.'”

The opportunity to name a force is a momentous responsibility. Guardians is a name with a long history in space operations, tracing back to the original command motto of Air Force Space Command in 1983, “Guardians of the High Frontier.”

The name also connects the force with their “proud heritage” and culture to the missions they execute daily to provide to the American people and its allies protection, the force wrote on Twitter.

The Space Force is responsible for a range of space-based U.S. military capabilities, including satellites of the Global Positioning System (GPS) and sensors that help track missile launches.

Three key objectives are identified as maintaining America’s space superiority; to provide space support to all joint military operations; and to “ensure space stability”—or to deter aggression and uphold international agreements in space with a persistent presence, similar to how the Navy polices international waters.

President Donald Trump signed a $738 billion defense bill in 2019 that authorized the creation of a Space Force and the first-ever paid family leave for federal employees. The president called the bill “the largest-ever investment” in the U.S. military.

The bill also addresses a wide range of potential threats from China.

‘Semper Supra, or Always Above’

Earlier this year in July, the force unveiled its official motto: Semper Supra, or Always Above, as well as its service branch’s logo, along with an explanation about the seal’s design.

“The logo and motto honor the heritage and history of the U.S. Space Force,” officials said in a statement. “First used in 1961, the delta symbol honors the heritage of the USAF and Space Command.”

The star in the center of the design represents Polaris, symbolizing the guiding light.