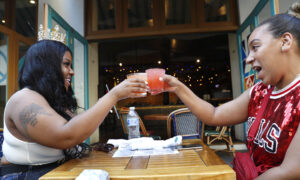 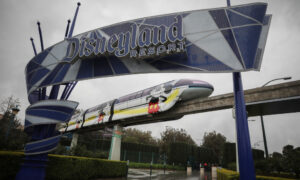 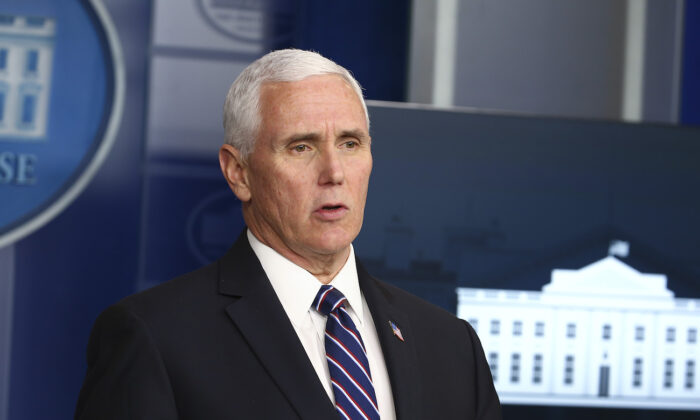 Pence Says ‘Open Our Economy Up’ But Do It Safely

Vice President Mike Pence said at a briefing Friday that the Trump administration seeks to press ahead with reopening the country from pandemic-driven lockdowns but intends to do so safely as parts of the country experience a COVID-19 surge.

The count of new confirmed infections, provided by Johns Hopkins University, surged to an all-time high of 40,000 on Friday, eclipsing the previous high of 36,400, set on April 24, during one of the deadliest stretches in the crisis.

Amid the surge, the White House coronavirus task force, led by Pence, held its first briefing in nearly two months.

“As we stand here today, all 50 states and the territories across this country are opening up safely and responsibly, but with cases rising, particularly over the past week throughout the South, President Trump directed our task force to brief the American people” on several issues relating to the outbreak, Pence said.

He said that the United States is “in a much better place” than it was two months ago, noting the country has more medical supplies on hand now, a smaller share of patients are being hospitalized, and deaths are much lower than they were in the spring.

Pence said the administration’s primary mission in the pandemic response is to save lives, adding that mitigation efforts have had the effect of flattening the curve.

“Once we came out of the 45 days to slow the spread, what our task force has been focused on over the course of the past two months is to partner with states to save lives and safely reopen,” Pence said.

He discussed the return of jobs that came with reopening.

“We’re seeing America go back to work, and in much of the country we’re seeing jobs expanding, economic activity expanding,” Pence said.

“We want to open our economy up. We want to move America forward,” Pence said, adding that officials would take steps to protect American lives.

Dr. Anthony Fauci, director of the National Institute of Allergy and Infectious Diseases, urged young Americans who have recently tested positive for the virus to follow safety guidelines and “be part of the solution” not “part of the problem.”

“A risk for you is not just isolated for you,” Fauci warned young people Friday. “You are innocently and inadvertently propagating the process of a pandemic.”

Pence’s and Fauci’s comments come after Texas reported more than 17,000 confirmed new cases in the past three days, with a record high of nearly 6,000 on Thursday. In Florida, the number of confirmed cases neared 9,000, almost doubling the previous record, set just two days earlier.

Texas and Florida have both scaled back their plans for reopening, closing bars.