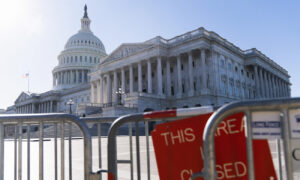 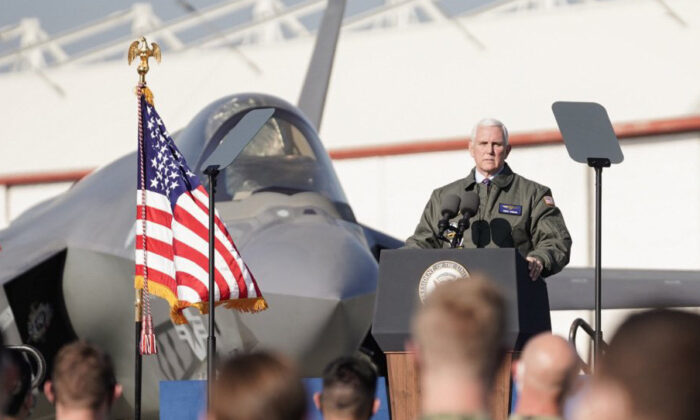 Pence: ‘Proud’ of No New Wars Under Trump Administration

Vice President Mike Pence said on Sunday that he is proud the Trump administration didn’t get America into a new war.

“I’m proud to report with just a few days left in our Administration, our Administration is the first in decades that did not get America into a new war,” Pence stated on Twitter. “That’s Peace through Strength.”

White House stated in October that President Donald Trump is “the first American leader since Ronald Reagan not to start a war.”

“Instead, he has rebuilt our military, restored American sovereignty, and renewed the ‘peace through strength’ foreign policy that helped the United States win the Cold War,” the statement continues.

Trump pledged to take the “peace through strength” approach even before he came into the White House.

In 2016, then-presidential candidate Trump stressed during the campaign trail that “peace through strength” would “always” be at the center of his future foreign policy if he’s elected.

The White House recently released a statement titled “Trump Administration Accomplishments.” The statement boasted the “colossal rebuilding of the military,” including created the sixth branch, the Space Force. The statement also detailed how the Trump Administration “advanced peace through strength,” by withdrawing from the Iran Nuclear Deal, conducting maximum sanctions on Iran and North Korea, bolstering peace in the Balkans, and measures to confront the Chinese Communist Party, among other things.

The closest the Trump administration came to war was in January 2020 when Iran fired missiles at two Iraqi military bases that host American forces in retaliation to the killing of General Qassem Soleimani, a major general of the Iran military.

Trump chose to impose more sanctions on Iran instead of military attacks, avoiding a possible war.

Not only did Trump not start any new wars, but he has also long called to bring U.S. troops back home. Trump reduced troops in Afghanistan and Iraq down to 2,500 last week.

Pence made similar remarks when he and his family visited Naval Air Station Lemoore in California on Jan. 16.

“History teaches that weakness arouses evil, and our history has proven that a strong America deters it,” Pence said. “Our administration has always understood that if you want peace, prepare for war. With that renewed American strength, we’ve defended this nation and America’s vital national interests around the world.”

Pence and his family visited Fort Drum, an army base in upstate New York, on Jan. 17 in what was likely his final official appearance.