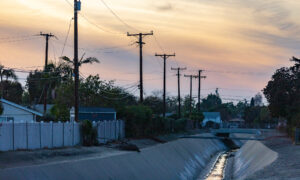 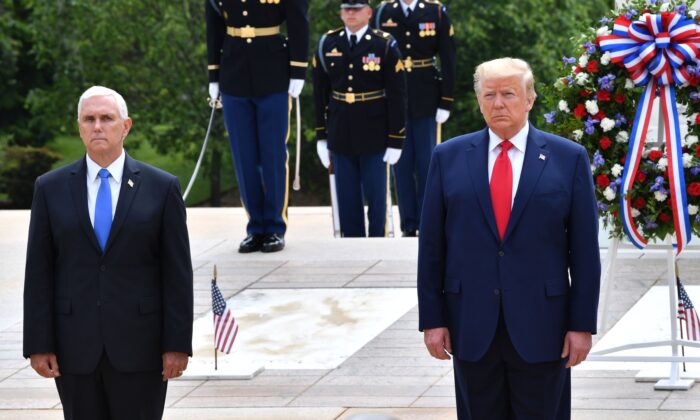 President Donald Trump(R) and Vice President Mike Pence participate in a Wreath Laying Ceremony at the Tomb of the Unknown Soldier at Arlington National Cemetery to commemorate Memorial Day in Arlington, Va., on May 25, 2020. (Nicholas Kamm/AFP via Getty Images)
Electoral Vote Count

Vice President Mike Pence has the ability to overrule the Electoral College vote and can essentially decide the outcome of the presidential election, said Rep. Louie Gohmert (R-Texas), coming after Department of Justice lawyers argued Pence is not the proper defendant in the suit.

The DOJ’s lawyers, representing Pence, argued that Gohmert should be filing a lawsuit against Congress, not Pence’s office.

“Under the Constitution, [Pence] has the authority to conduct that proceeding as he sees fit. He may count elector votes certified by a state’s executive, or he can prefer a competing slate of duly qualified electors,” Gohmert’s attorneys wrote in a brief (pdf) on New Year’s Day. “He may ignore all electors from a certain state. That is the power bestowed upon him by the Constitution.”

The Constitution’s 12th Amendment “unequivocally entrusts” Pence the “rights to determine what electoral votes to count” during the Joint Session of Congress on Jan. 6.

Earlier this week, Gohmert filed a suit in a Texas federal court to give Pence “exclusive authority” to decide which Electoral College votes should be counted and seeks to strike down Section 15 of the 1887 Electoral Count Act as unconstitutional.

“By reaffirming the Constitutional prerequisites and processes for deciding the Presidential election and granting the relief requested, this Court can set the stage for a calm and permanent resolution of any and all objections and help smooth the path toward a reliable and peaceful conclusion to the presidential election process,” Gohmert’s wrote in the Jan. 1 brief.

The lawsuit challenges the constitutionality of a provision in the Electoral Count Act which directs how Congress should vote on objections to slates of electors. The lawsuit argues that the Act overrides the Constitution’s 12th Amendment, which directs the House to vote by state delegations rather than via individual members.

“Most people realize that if nobody gets to 270, or nobody gets to whatever the definition of a majority of the electors chosen turns out to be, then it goes to the House, but the House votes by state,” Rick Green, the founder of Patriot Academy, told The Epoch Times.

Sen. Josh Hawley (R-Mo.) and about 40 GOP representatives are planning to object to key states’ electors during the Joint Session of Congress on Jan. 6, triggering a two-hour debate for each contested state.

On Dec. 14, GOP electors in seven states cast votes for Trump and Pence, with the Republican parties of those respective states saying it was done to preserve Trump’s legal challenges. The Democratic electors’ votes in the states were certified by state executives.

Several GOP senators have said their effort will likely fail.

“In the Senate, it would… go down like a shot dog,” Senate Majority Whip John Thune (R-S.D.), the No. 2 Republican in the upper chamber, told reporters last month.