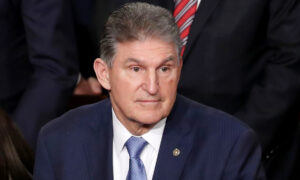 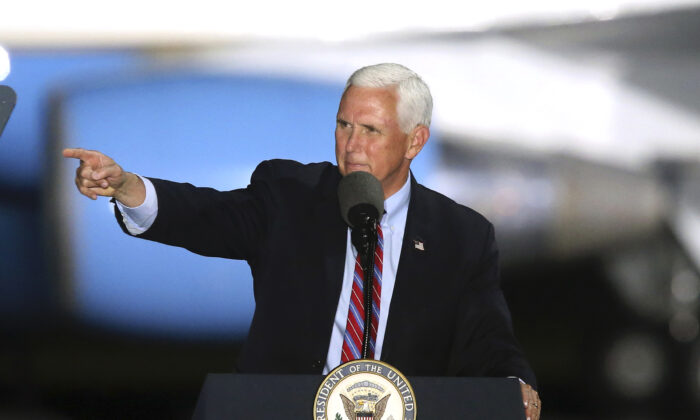 Pence: Election Isn’t Over Until Every ‘Legal Vote Is Counted’

Vice President Mike Pence insisted Monday that the presidential race is not over until all legal votes have been counted and that the Trump administration would continue to press legal challenges over the contested election.

In a post on Twitter, Pence said he told his team that, “it ain’t over til it’s over.. and this AIN’T over!” adding that President Donald Trump “has never stopped fighting for us and we’re gonna Keep Fighting until every LEGAL vote is counted!”

Pence’s remarks—his first public statement since many media outlets declared Democratic nominee Joe Biden as president-elect—echo the perspective expressed by other members of the Trump administration that some of the votes cast in the 2020 election are likely illegitimate and until all legal challenges have been settled, it is too early to call a winner.

Biden has claimed victory in the presidential race, with a number of media outlets calling the race in his favor on Saturday and starting to refer to him as president-elect, a title the former vice president has adopted in his Twitter bio.

Biden’s declaration of victory prompted pushback from Trump, who in a statement alleged some media outlets are seeking to downplay claims of election irregularities in order to prematurely cement a Biden victory.

Pence’s remarks also highlight the broad difference in attitude between Republicans and Democrats toward the contested election, with the GOP pushing to crack down on election fraud by invalidating some ballots, while Democrats are insisting the level of fraud is insignificant and stressing the message every vote should count.

The Heritage Foundation’s election fraud database contains 1,298 proven instances of voter fraud over the course of decades, while noting that it “is not an exhaustive or comprehensive list” which does not capture reported instances that are not investigated or prosecuted.

Senate Majority Leader Mitch McConnell (R-Ky.) was among a number of Republicans to support Trump’s legal challenges, saying on Nov. 9 from the Senate floor that, “President Trump is 100 percent within his rights to look into allegations of irregularities and weigh his legal options.”

“We have the tools and institutions we need to address any concerns,” McConnell added. “The president has every right to look into allegations and request recounts under the law.”

McConnell’s remarks came amid reports that Attorney General William Barr has authorized federal prosecutors across the country to “pursue substantial allegations” of voting irregularities, while urging them to avoid “specious, speculative, fanciful or far-fetched claims,” according to a memo signed by Barr.

“I authorize you to pursue substantial allegations of voting and vote tabulation irregularities prior to the certification of elections in your jurisdictions in certain cases,” Barr wrote in the memo. The attorney general added that, “such inquiries and reviews may be conducted if there are clear and apparently credible allegations of irregularities that, if true, could potentially impact the outcome of a federal election in an individual state.”

At the same time, he urged prosecutors to “exercise great care and judgment in addressing allegations of voting and vote tabulation irregularities,” adding that, “while serious allegations should be handled with great care, specious, speculative, fanciful or far-fetched claims should not be a basis for initiating federal inquiries.”

Barr also noted that the memo does not suggest that the Justice Department has concluded that voting irregularities have in the past impacted the outcome of any election.