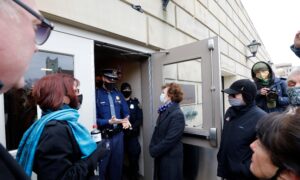 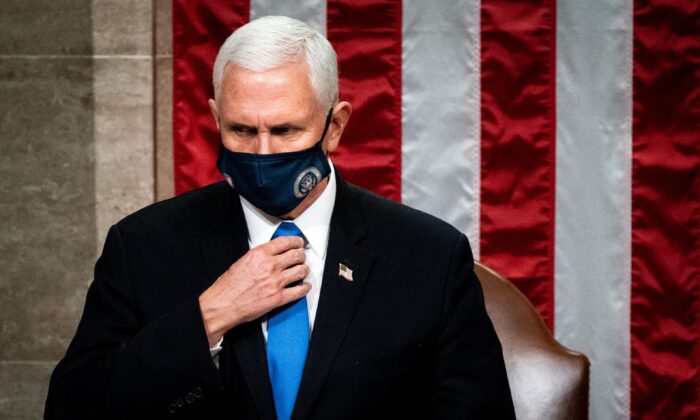 Vice President Mike Pence didn’t acknowledge that seven states sent two electoral vote certificates to Washington, one for President Donald Trump and one for President-elect Joe Biden, during the joint session of Congress on Jan. 6.

Pence only read off the certificates for Biden from the seven states in question: Arizona, Georgia, Michigan, New Mexico, Nevada, Pennsylvania, and Wisconsin.

Before reading each state’s certificate, Pence asked the joint session if there were objections. He later added, “This certificate from [a state], the parliamentarians advise me, is the only certificate of vote from that state that purports to be a return from the state and that has annexed to it a certificate from the authority of the state purporting to appoint and ascertain electors.”

The Electoral College Act, passed some 150 years ago, outlines a scenario in which a state sends “more than one return or paper purporting to be a return.” It calls on the vice president in his or her role as president of the Senate to open “all the certificates and papers purporting to be certificates of the electoral votes” during the joint session to count electoral votes.

What Pence said as he called out states differed from what vice presidents have said in previous sessions, Politico noted.

Under the Electoral College system, voters are actually choosing electors when they vote for a presidential candidate. The party electors then, in almost all cases, cast a ballot the following month for the party’s candidate. The winner of the popular vote in a state is certified as the winner, and that certificate is counted in the congressional joint session.

In past joint sessions, vice presidents have read so-called alternative electors. For instance, Vice President Richard Nixon in 1961 was initially declared the winner of Hawaii, but candidate John F. Kennedy was later certified as the state’s winner, just two days before the joint session that year. Congress received certificates from Republican electors, Democratic electors, and a package from the archivist of the United States.

Nixon then suggested the electors named by Hawaii’s governor, or the electors for Kennedy, be considered the lawful objectors. No one objected, so the session moved forward.

Pence’s office didn’t return an inquiry on why he didn’t acknowledge alternate slates.

The Office of the Federal Register and the National Archives, which receives copies of each certificate of vote and posts them on a designated webpage, didn’t list any alternative slates this time. The office declined last month to say how it would handle dueling certificates.