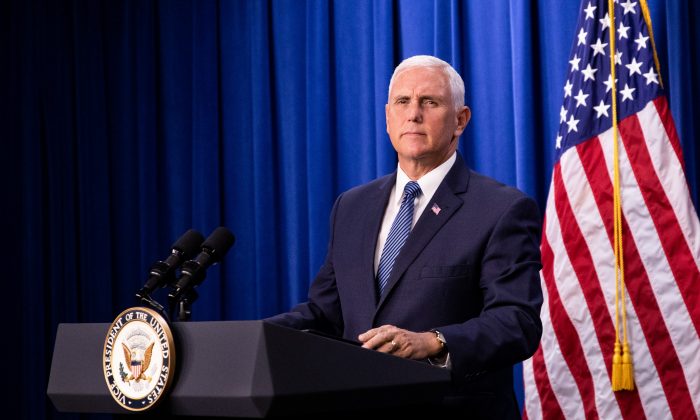 The Republicans hold a slim majority in the Senate, 51-49, until the New Year. After that, the margin will widen to 53-47, as the GOP gained several seats during the November midterms.

Flake, who is retiring in January, has vowed to vote “no” on all judicial picks until the Senate votes on legislation that protects special counsel Robert Muller from being fired without cause. Flake’s vote made the total 50-50, forcing Pence to step in and break the tie in his role as the ex officio president of the Senate, to confirm the nomination of Harvard Law School graduate Jonathan Kobes, 44, to serve as a judge on the Eighth U.S. Circuit Court of Appeals.

According to the U.S. Senate, Pence has cast 12 votes, starting with a tie-breaker in February 2017 to confirm Betsy DeVos to be Secretary of Education. In that case, Sen. Susan Collins (R-Maine) and Sen. Lisa Murkowski (R-Alaska) voted against the nominee.

He’s also voted to confirm Samuel Brownback as ambassador at large for International Religious Freedom and to confirm Russell Vought to be deputy director of the Office of Management and Budget, both earlier this year.

The vote for Kobes is his first to confirm a federal judge. On Nov. 29, he voted to move the Kobes nomination forward.

“Unfortunately, the American Bar Association is again politicizing a nomination to the 8th Circuit. For the second time in less than one year, the ABA has rated an 8th Circuit nominee ‘not qualified,'” Sen. Chuck Grassley (R-Iowa), the Senate Judiciary Chairman, said before his committee’s vote on the nominee.

“I see no basis for concluding that the absence of written work product means Mr. Kobes is ‘not qualified.’ The most that the ABA could’ve said is that they didn’t have enough information to come to a conclusion about his writing abilities.”

He also noted that the association’s evaluator, who he didn’t name, “has a long history of liberal activism,” and once sent a letter opposing the confirmation of Justice Samuel Alito to the Supreme Court even though the ABA rated Justice Alito “Unanimously well qualified.”