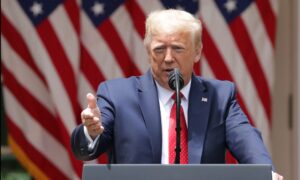 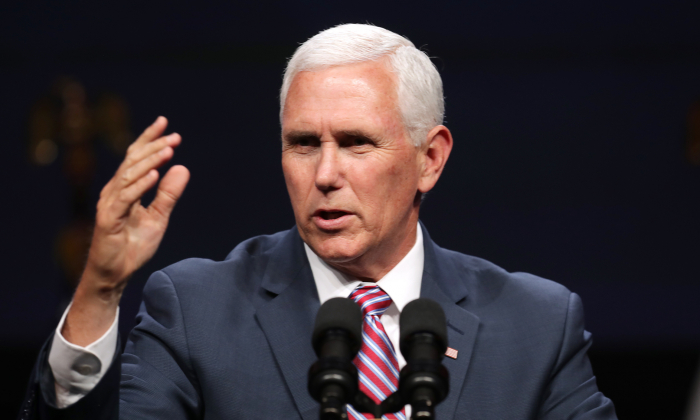 Vice President Mike Pence criticized the jurisprudence of Supreme Court Chief Justice John Roberts in an interview, calling him a “disappointment to conservatives.”

Pence made the remarks in an interview on the Christian Broadcasting Network (CBN) that was scheduled to air in full on Aug. 6.

“Look, we have great respect for the institution of the Supreme Court of the United States,” Pence told the Christian Broadcasting Network’s David Brody on Aug 5. “But Chief Justice John Roberts has been a disappointment to conservatives—whether it be the Obamacare decision, or whether it be a spate of recent decisions all the way through Calvary Chapel.”

Roberts, who was appointed by President George W. Bush, has sided with the Supreme Court’s Democratic appointees on several issues, drawing the ire of conservatives.

Dan Stein, president of the Federation for American Immigration Reform, told The Epoch Times in an interview that he believes Roberts is eager to portray the Supreme Court as an impartial institution.

“I continue to believe that the Chief Justice is animated by a desire to avoid a public perception that the court is split along ideological lines, producing in the public mind predictable outcomes along rigid 5–4 majorities in politically controversial cases,” Stein said.

“He is doing this, in his mind, to protect the integrity of the court as an impartial and unpredictable interpreter of the law, especially if he believes that a rigid polarization will eventually produce an effort by Democrats to expand the size of the court,” he added.

Pence told CBN that he thinks the future of the Supreme Court will be shaped by the outcome of the November election.

“I think it’s been a wake-up call for pro-life voters around the country who understand, in a very real sense, the destiny of the Supreme Court is on the ballot in 2020,” Pence said.

“The question is not whether our country will be Republican or Democrat or blue or red, but whether America will still be America,” Pence said, adding that President Donald Trump’s second term, if he wins, would feature a strong pro-life agenda.

“Under this president, I promise you we’re going to continue to work every day to put the right to life back at the center of law,” he said.

Pence also called for presumptive Democratic nominee Joe Biden to engage in public debates with Trump, an issue that has increasingly come to the fore amid reports questioning whether the former vice president has lost some of his intellectual spark. Questions about the cognitive abilities of both Biden and Trump have swirled for years, with little concrete evidence to support them.

Biden, in a recent interview, scoffed at questions about whether he had taken a cognitive test and accused the reporter of trying to goad him.

Referring to questions about Biden’s mental fitness, Pence said he “can’t speak to some of what’s being discussed about him today. But the antidote is to be on that stage, to square up and be willing to debate President Donald Trump, the American people deserve nothing less.”

The first presidential debate is scheduled for Sept. 29.