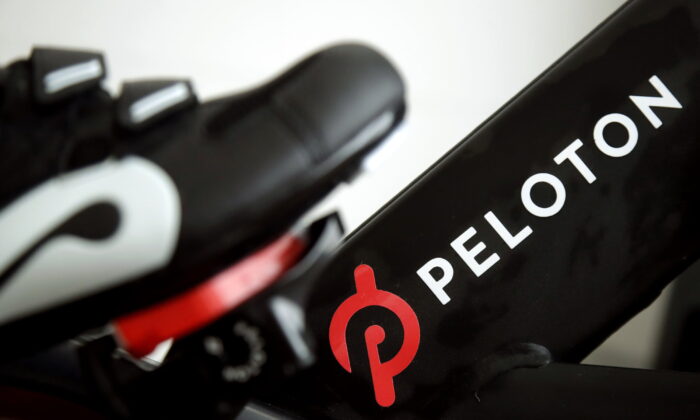 Peloton’s uphill ride to get more sales is getting rougher as more people return to gyms and other pre-pandemic exercise routines and embrace cheaper options.

The maker of high-end exercise bikes and treadmills, once highflying in the early days of the pandemic, on Tuesday reported mounting losses and slowing sale. It also offered a bleak sales outlook for the current quarter and said it had signed a commitment to borrow hundreds of millions of dollars, raising questions for some investors about the chances of a turnaround.

“Peloton has a lot of work to do to convince investors that the business model still works,” said Neil Saunders, managing director of GlobalData Retail. ”It’s coming off a high. People were at home and wanted to stay fit. But now people are starting to go back to the gyms. They want the social aspect.”

The maker of high-end exercise bikes and treadmills thrived during COVID-19 outbreaks and sales growth for the New York City company doubled in 2020 and surged 120 percent in its last fiscal year.

The arrival of effective vaccines and easing COVID-19 restrictions, however, have opened up more options for Americans seeking exercise and Peloton has suffered. In February the company announced a major restructuring and abandoned plans to open its first U.S. factory, which would have employed 2,000 workers in Ohio. Co-founder John Foley stepped down as CEO and the company said it would cut nearly 3,000 jobs.

Peloton ramped up fast during the pandemic, increasing its subscriber base from 700,000 to 3 million, but that growth has slowed, and company misjudged the slowing demand and continued to churn out expensive hardware, creating a sizeable inventory of unsold stationary bikes.

The data released Tuesday raised more questions about how the company will move forward.

The company signed binding commitment letter with JP Morgan and Goldman Sachs to borrow $750 million. New CEO Barry McCarthy said in a letter to shareholders that Peloton ended the quarter with $879 million in cash, “which leaves us thinly capitalized for a business of our scale.”

McCarthy said the company has to rethink its capital structure at the same time that it pushes to expand its subscriber base to 100 million.

McCarthy’s letter to shareholders emphasized again the company’s push to focus more on the digital app and less on sales of bikes and treadmills.

Among other strategies: rolling out a test where customers pay a flat rate to rent Peloton’s stationary bikes and get access to on-demand workout classes. It also wants to broad its distribution by selling Peloton produced through other retailers.

That, according to UBS analyst Arpiné Kocharyan, would mean paying more to land customers compared with focusing on selling stationary bikes. After a cash flow burn of $747 million in the most recent quarter, Kocharyan believes that will lead to heightened concern about the cash Peloton has to work with.

Saunders said that Peloton faces a tough battle in reworking its business, especially in the app area. He pointed to companies like Apple, which is investing extensively in its own fitness solutions. And he also said big brands like Lululemon are pivoting more toward classes and services.

Peloton Interactive Inc. lost $757.1 million, or $2.27 per share, for the three months ended March 31. Stripping out nonrecurring items, it lost 98 cents per share, outpacing projections of a per-share loss of 85 cents, according to a survey by Zacks Investment Research.

The loss was far greater than last year when Peloton was $8.6 million in the red.

Revenue slid 15 percent to $964.3 million, which was also short of analyst projections.

Peloton said it’s looking at revenue this quarter to come in between $675 million and $700 million. That too soured investors in early trading. Industry analysts had been projecting fourth-quarter revenue of $820.3 million, according to FactSet.

By Michelle Chapman and Anne D’innocenzio