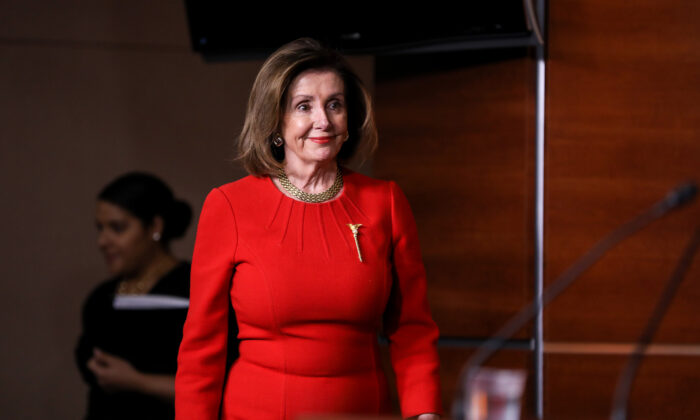 House Democrats’ majority shrunk as Rep. Julia Letlow (R-La.) is slated to be sworn into office on Wednesday.

Letlow is joining the lower chamber after her husband, Luke Letlow, died of the CCP (Chinese Communist Party) virus earlier this year. Julia Letlow won a special election in March.

With Letlow being sworn in, Republicans have 212 seats in the House compared with the Democrats’ 218 seats. Tie votes fail in the House, which means that Democrats cannot pass legislation if three or more of their members defect and the Republican Party fully opposes them.

And specifically, with such a narrow majority, it means that House Speaker Nancy Pelosi (D-Calif.) can only afford to lose two Democrat votes on a bill on any legislation opposed by all Republicans. It will leave Pelosi and her caucus with little room for error on bills including President Joe Biden’s infrastructure package, another COVID-19 stimulus bill, policing bills, or gun-control legislature.

If some moderate Democrats disagree with the party on more left-wing agenda items, such items likely won’t pass.

Last week, longtime Rep. Alcee Hastings (D-Fla.) died after a battle with cancer. There is one vacant seat for Republicans after Rep. Ron Wright died in February.

Four special elections are scheduled over the next several months, including three in districts that were previously held by Democrats.

The special election for Fudge’s seat, which is in Ohio’s 11th Congressional District, will not be held until Nov. 2

In the coming months, Democrats who won recently in centrist districts such as Rep. Jared Golden (D-Maine) or districts that were won by former President Donald Trump will be key swing votes.

But with such a small majority, it means that two Democrat members can try to veto certain legislation, while progressives can try to use their leverage to block bills they don’t view as leftist enough.

Despite this, top Democrats in the House have expressed optimism that they can push through favored bills.

Pelosi, similarly, said in March that advancing her agenda is “not going to be a problem.”