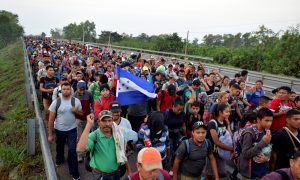 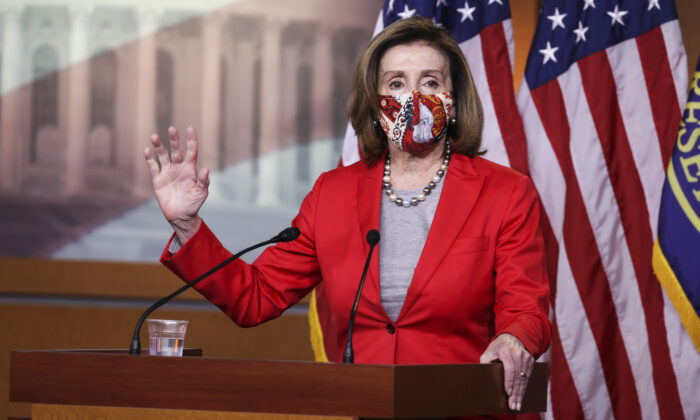 The San Francisco home of House Speaker Nancy Pelosi (D-Calif.) was reportedly vandalized overnight on Jan. 1, with messages scrawled on the garage door and what appeared to be a pig’s head and blood on the driveway, according to multiple reports and images shared on social media.

A spokesman for the San Francisco Police Department told Fox News that officers responded to a report of vandalism around 2 a.m. Jan. 1 at a residence purported to be Pelosi’s home.

“Unidentified suspect(s) had painted graffiti on the garage door and left a pig’s head on the sidewalk,” the police said, according to the report, which noted that authorities didn’t confirm who the house belongs to.

“I don’t think that this is a useful way to go about it, and it’s a terrible start to this new year when we’re hoping for less anger and hatred than we’ve had to deal with for the last year.”

Photos on social media, reportedly from the scene, showed spray-painted messages on the garage door that read “$2K” with a line through it, “Cancel Rent?,” “We want everything!,” and “UBI!” an apparent reference to universal basic income. An “A” inside of a circle was also scrawled on the garage door, a symbol commonly attributed to the anarchist movement.

The “2K” reference could relate to Pelosi’s handling of efforts to increase the size of pandemic-related relief payments to $2,000 from the current $600. Pelosi led House Democrats in passing a bill on Dec. 28 to boost the amount of direct relief. While it passed the Democratic-majority House with a 275–134 vote, Senate Majority Leader Mitch McConnell (R-Ky.) blocked a request for unanimous consent for the bill.

The newly signed $920 billion COVID-19 relief package includes $600 checks, but both President Donald Trump and Democrats want to raise that amount to $2,000, arguing that many Americans are in dire need of the extra money after pandemic lockdowns ravaged the economy. McConnell branded the $2,000 relief payments as “socialism for the rich” on Dec. 31, and Republicans blocked unanimous consent requests to pass or hold a vote on the bill for a fourth day on Jan. 1.

“Borrowing from our grandkids to do socialism for rich people is a terrible way to get help to families who actually need it,” McConnell said on the Senate floor.

The “Cancel Rent?” message likely refers to calls for rent forgiveness and eviction moratoriums, which have proliferated on social media and at demonstrations across the country in the wake of the pandemic-related economic fallout.

Universal basic income, meanwhile, is a proposal that gained attention during the Democratic primaries, championed by Andrew Yang, the tech entrepreneur who competed for the party’s presidential nomination in the 2020 election cycle. The supposed aim of the proposal, which is for the government to pay everyone a monthly or yearly income, is to help displaced workers who can’t keep up with labor market developments, mostly automation and immigration, or otherwise disenfranchised individuals.

Critics denounce the idea as a tactic to destroy individual responsibility and freedom, pave the way for more government dependency, and usher in socialism.