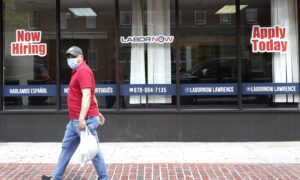 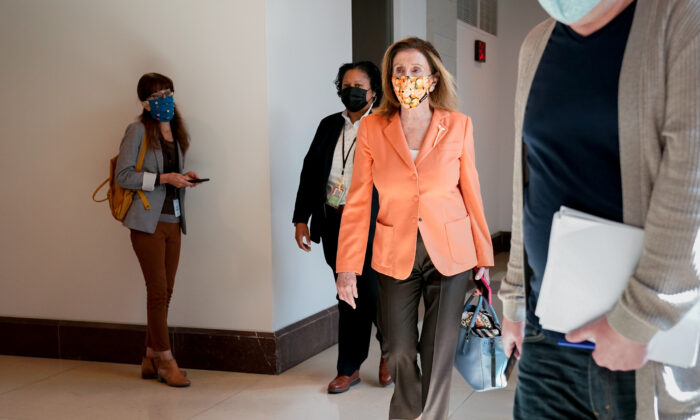 Pelosi Tells Constituents ‘Help Is on the Way’ in Stimulus Update

“House Democrats know firsthand how necessary it is to come to agreement. To our constituents, we promise: HELP IS ON THE WAY,” Pelosi said in an open letter.

The next package “will be safer, bigger and better, and it will be retroactive,” she added.

Mnuchin agreed to accept the Democrats’ “language for a national strategic testing plan” for COVID-19 with “minor” edits, with plans to share the language on Friday, spokesman Drew Hammill said.

Pelosi told colleagues that Trump’s administration had refused to accept Democrats’ testing plan before accepting the plan with changes.

“However, even if this key priority is resolved, many other disagreements remain,” Pelosi said. “These include, but are not limited to, funding for state and local government, tax benefits for working families, support for vulnerable small businesses, and child care funding. In addition to these deficiencies, the Trump proposal contains multiple deadly poison pills—including their radical Liability Provision which forces workers to risk their lives in unsafe workplaces with no legal recourse.”

“Our disagreements are about more than dollars and cents. They are about values and common sense and respect for lives, livelihoods, and life of our American Democracy.”

Pelosi, during the phone call, reminded Mnuchin that the president is pushing for an agreement and also brought up comments Senate Majority Leader Mitch McConnell (R-Ky.) made hours prior.

McConnell, breaking with Trump, told reporters that he doesn’t support the $1.8 trillion package that the White House put together.

“My members think half a trillion dollars, highly targeted, is the best way to go,” the powerful Republican said.

McConnell has said in the past that some Republican senators don’t want another stimulus, or want a narrow, targeted package. He plans on bringing a $500 billion package to the Senate floor for a vote on Oct. 19.

Mnuchin “indicated that the President would weigh in with Leader McConnell should an agreement be reached” between the White House and Pelosi, the speaker’s spokesman said.

Trump during a town hall on Thursday night put the blame on Pelosi when asked why a second large stimulus package has not been passed and signed.

“You know who I’m negotiating against? Nancy Pelosi, because she doesn’t want to give them money. We should have stimulus. This was not our people’s fault. This was China’s fault. And she’s penalizing our people. I’m ready to sign a big, beautiful stimulus,” he added later.