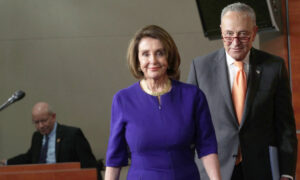 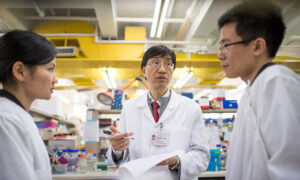 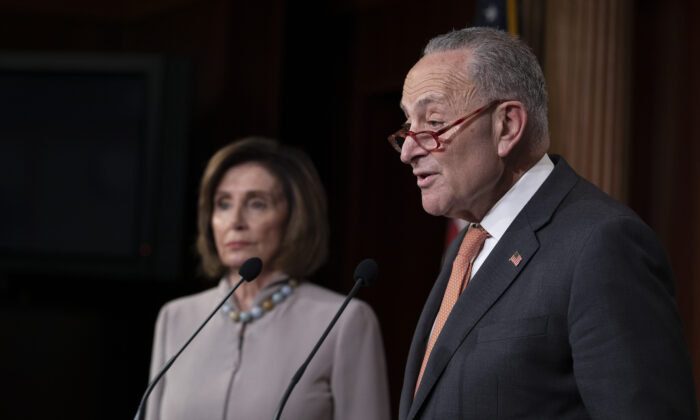 Democratic congressional leaders again called on the GOP to pass their sweeping, $3 trillion HEROES Act as numerous federal benefits are slated to expire or have expired.

“Two and a half months after Democrats delivered the solutions to defeating the virus and safely reopening the country in The Heroes Act, the Senate GOP has now come back with a weak, piecemeal proposal that will only prolong the suffering for millions of workers and families across America,” House Speaker Nancy Pelosi (D-Calif.) and Senate Minority Leader Schumer (D-N.Y.) said in a statement. “The Senate GOP proposal is a sad statement of their values, selling out struggling families at the kitchen table in order to enrich the corporate interests at the boardroom table.”

They particularly criticized the Republican $1 trillion plan’s cut to federal unemployment insurance $600 per week to $200 per week, its lack of a moratorium on evictions for renters, and liability protections for businesses and hospitals.

The pair then issued a warning, saying that the U.S. economy could tank even further.

“Catastrophe is looming, and until Senate Republicans get serious, they must answer to every hungry child, every family that cannot make rent, every worker being denied their [unemployment insurance] for their delays. Democrats remain ready to work with Republicans on real solutions to bring immediate relief and save lives and livelihoods,” the statement concluded.

The $2 trillion gap between the HEROES Act and the HEALS Act means that Democrats and Republicans will be in intense negotiations until the congressional recess starts in early August. Notably, the Republican plan will not include any money for state and local governments that have been impacted during the pandemic, which is a main part of the Democrats’ plan.

“It’s not $600 or bust,” he told CNN. “Speaker [Nancy] Pelosi said the other day, which I thought was a great line: ‘We don’t have red lines, we have values. And we’re going into these negotiations with values.’”

Senate Majority Leader Mitch McConnell (R-Ky.), on the Senate floor Monday, suggested that the GOP will not pass the HEROES Act in its current form, terming it a “socialist manifesto.” Republicans and White House officials have said it contains too many provisions unrelated to the CCP (Chinese Communist Party) virus pandemic.

“Just like in March, with the CARES Act, Senate Republicans have authored another bold framework to help our nation … Health, Economic Assistance, Liability, and Schools. Another historic package for the next phase of this historic national fight,” McConnell said on the floor.