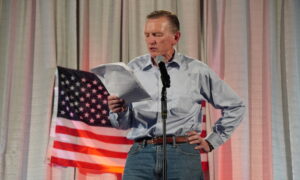 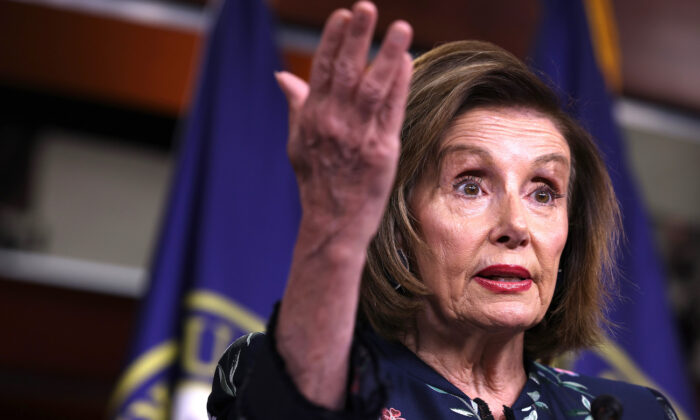 House Speaker Nancy Pelosi declared late Thursday that a commission to investigate the events that unfolded at the U.S. Capitol on Jan. 6 will move forward despite what she called “antics” from Republicans.

It comes after Pelosi on Wednesday rejected two of the five Republican lawmakers that House Minority Leader Kevin McCarthy (R-Calif.) had nominated for the commission, Reps. Jim Banks (R-Ind.), and Jim Jordan (R-Ohio).

Following Pelosi’s move, McCarthy said in a statement her rejection represented “an egregious abuse of power” and that Republicans “will not be party to their sham process and will instead pursue our own investigation of the facts” unless Pelosi accepts all his picks for the congressional committee.

On Thursday, Pelosi declared to reporters, “It is my responsibility as the Speaker of the House to make sure we get to the truth of this, and we will not let [Republicans’] antics stand in the way of that.”

She called the Jan. 6 probe a “deadly serious” undertaking.

She said that she had rejected Banks and Jordan because they had “made statements and taken actions” that, in her assessment, “would impact the integrity of the commission of the committee, the work of the committee.”

Pelosi did not specify what remarks or statements Banks and Jordan had made that she was referring to.

In a statement on Thursday, Banks said that Pelosi, in making her decision to reject them, “knew that [Jordan] and I were going to ask the tough questions she didn’t want answered.”

Jordan said on Wednesday in a separate statement, “Speaker Pelosi just admitted the obvious, that the January 6th Select Committee is nothing more than a partisan political charade.”

McCarthy on Thursday said that Pelosi’s rejection of Banks and Jordan was a “politically motivated” move, and reiterated that he believes the Jan. 6 commission “is a sham committee that’s just politically driven by Speaker Pelosi.”

“When we proposed to do a commission, back in January, she said no. She just wanted to make it political. We responded back [and she] waited 10 weeks to say anything else.”

“When she decides that Jim Banks who served his nation in the Navy and Afghanistan, that he can’t serve here,” McCarthy added.

The Jan. 6 commission will still include Republican representation, after Pelosi named Rep. Liz Cheney (R-Wyo.) as one of her eight nominees earlier this month. Seven other Democrats were nominated. The appointments ensured they have a quorum to proceed, whether other Republicans participate or not.

It is unclear for now whether the Speaker will try to appoint more members to the select committee, which is intended to have 13 members. She has the authority to do so under committee rules.

She left open that possibility, saying that there are other members who would like to participate. But she said she hadn’t decided whether to appoint Illinois Rep. Adam Kinzinger, one of only two Republicans who voted in support of creating the panel last month.

The Democrat-majority House voted in late June to form the select committee, which Pelosi proposed in mid-February. Republicans in late June at the time said it was not necessary because there were other probes by other committees of jurisdiction into the events of Jan. 6.

Lawmakers on Jan. 6 gathered at the U.S. Capitol for a joint session of Congress to count and certify electoral votes for the 2020 presidential election. Proceedings in the chambers were temporarily interrupted when a small group of rioters led a breach of the Capitol building as thousands of protesters, mostly peaceful, remained outside. It remains unclear who instigated the incident.

A total of five deaths were recorded in the immediate aftermath of the Jan. 6 incident. Of the deaths, Trump supporter Ashli Babbitt was determined to have died from homicide. Capitol officer Brian Sicknick was determined to have died of natural causes. Another three people died outside the Capitol building but on Capitol grounds. Two of the deaths were found to be from natural causes. The remaining death was ruled as an accident.