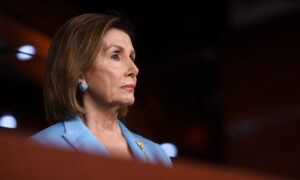 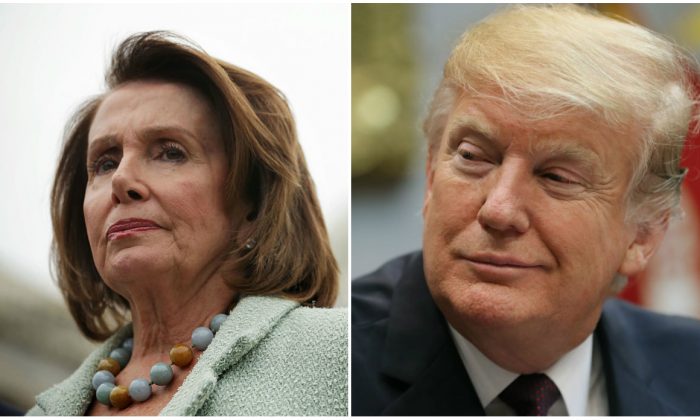 Pelosi Says Decision to Impeach Trump ‘Has Not Been Made’

Despite the House holding a vote to pass a resolution into an impeachment inquiry against President Trump, House Speaker Nancy Pelosi (D-Calif.) said they haven’t yet found whether Trump has committed an impeachable offense.

Speaking to reporters before the vote, Pelosi said, “We take an oath to protect and defend the Constitution, and that’s what we cannot ignore—and we will not ignore—when the president’s behavior indicates that that investigation, that inquiry, is necessary.”

Pelosi was attempting to make a distinction with the impeachment inquiry and impeachment articles.

“As the inquiry proceeds, we will decide whether we’ll go forward with impeachment,” she added. “That decision has not been made.”

The House voted—largely along party lines—to pass a resolution 232-196. Two Democrats voted against the measure, and no Republicans voted in favor of it.

The resolution provides ground rules in the next phase of the impeachment inquiry, consisting of public hearings and witness testimony from current and former officials in the Trump administration. They are attempting to unveil more information about whether Trump pressured Ukraine, which the president has denied.

On the House floor, Pelosi defended the impeachment inquiry and said it was a Constitutionally mandated duty for House members to do so.

The vote was also the first time the entire House has weighed in on the impeachment inquiry, coming more than a month after Pelosi announced the inquiry.

Republican leaders criticized the vote and Democrats for holding a partisan impeachment proceeding to try to impact the outcome of the 2020 presidential election, which is happening in just over a year. Several GOP leaders said the president has not committed anything that would constitute an impeachable offense.

The White House, meanwhile, issued a statement to the press saying that the Democrats’ inquiry is “unconstitutional” and “unfair.”

The resolution approved on Thursday allows the House Intelligence Committee, headed by Rep. Adam Schiff (D-Calif.) to hold public hearings and come up with a report to be delivered to the House Judiciary Committee, chaired by Rep. Jerrold Nadler (D-N.Y.). Trump and his counsel will have the right to cross-examine witnesses and review evidence.

The Judiciary Committee would then be the body to draft any articles of impeachment against the president. If that passes the House with a simple majority, the articles would then head to the Senate, which would need at least a two-thirds majority to remove the president.