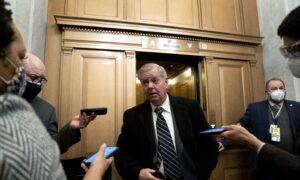 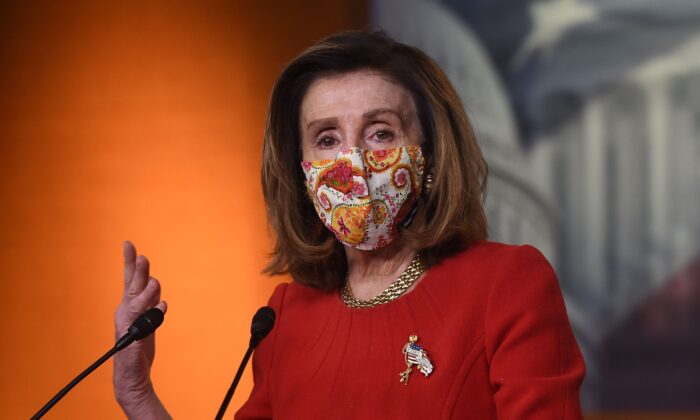 She implied that censuring Trump would be similar to giving “a little slap on the wrist.”

Pelosi made the remarks during a surprise visit to the House impeachment managers during a press conference after the Senate acquitted the former president.

She seemed furious about the result of the impeachment trials. She slapped on the table several times and criticized the senators who voted against the conviction as a “cowardly group of Republicans.”

Trump said in a statement after his acquittal that he will uphold the rule of law.

“I always have, and always will, be a champion for the unwavering rule of law, the heroes of law enforcement, and the right of Americans to peacefully and honorably debate the issues of the day without malice and without hate,” he said.

Meanwhile, he stated again that the Make America Great Again movement “has only just begun.”

“In the months ahead, I have much to share with you, and I look forward to continuing our incredible journey together to achieve American greatness for all of our people,” read the statement.

The Senate was able to move forward in the impeachment trial after an unexpected call for witnesses from the House impeachment managers.

Lead House impeachment manager Rep. Jamie Raskin (D-Md.) stated earlier in the day that they wanted to call witnesses because of an alleged phone call between House Republican Leader Kevin McCarthy (R-Calif.) and Trump on Jan. 6.

Rep. Jaime Herrera Beutler (R-Wash.) alleged in a statement that Trump hesitated to call off the riots at the request of McCarthy during the Jan. 6 Capitol breach.

“Well, Kevin, I guess these people are more upset about the election than you are,” he reportedly told McCarthy after McCarthy reportedly refuted the Antifa narrative.

The Senate had initially approved the call for witnesses with a 55:45 vote but was able to reach a deal to avoid a potential extended trial.

The Senate, House impeachment managers, and former Trump’s counsels then agreed to enter Beutler’s statement into the record of Trump’s impeachment trial as evidence without subpoenaing witnesses for the trial.

The trial moved to the closing arguments phase after the deal was reached.