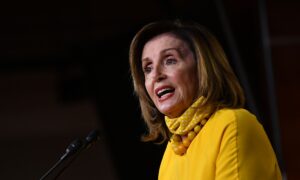 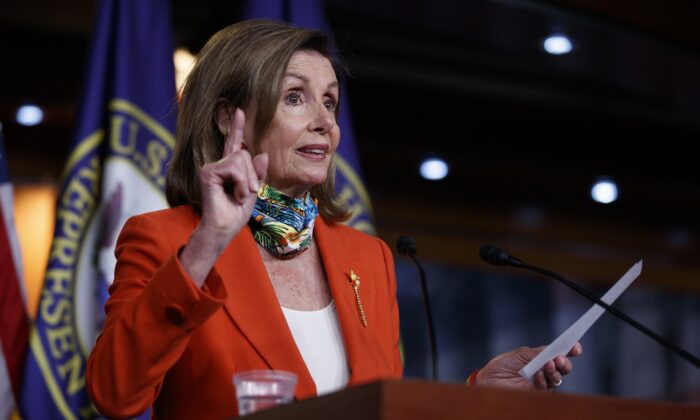 House Speaker Nancy Pelosi (D-Calif.) said that while it’s essential that Republicans and Democrats come to an agreement soon on a stimulus package, it’s imperative to keep the expanded federal unemployment insurance while the jobless rate remains high.

“If the unemployment goes down, then that number can go down,” Pelosi said Aug. 3 in a televised interview, referring to the $600-per-week extra benefit that expired late last month. It was authorized in the CARES Act, passed in March, to offset joblessness incurred during the pandemic lockdowns.

“I think that the number, the $600, is related more to the unemployment rate,” she told CNN.

In the interview, the speaker said the United States remains mired in a national emergency, arguing that some issues could be ameliorated by the federal benefits.

In May, Democrats passed the HEROES Act in the House, which would allow the payments to continue until January 2021. Republicans, in their HEALS Act unveiled last week in the Senate, proposed $200-per-week extra payments until a program to pay a recipient 70 percent of their wages is implemented.

“A building is on fire and they are deciding how much water they want to have in the bucket. Millions of people could have fallen into poverty without this $600,” Pelosi said.

The Department of Labor reported last week that the unemployment rate is currently at around 11.1 percent.

When she was asked about the progress on both sides, Pelosi said that it’s imperative that an agreement is made soon.

Democrats also oppose liability protections for corporations, proposed by Republicans. Senate Majority Leader Mitch McConnell, (R-Ky.) has said a bill won’t pass the Senate if it doesn’t include immunity for businesses, hospitals, and schools. Democrats have also pushed for $1 trillion to be distributed to state and local governments, which Republicans oppose.

Treasury Secretary Steven Mnuchin told ABC News on Aug. 2 that both sides agree on sending more stimulus checks and payments to Americans, mirroring a program that was implemented in the CARES Act.

White House chief of staff Mark Meadows on Aug. 2 cast a dour tone on the negotiations, telling CBS News that he’s “not optimistic” that both sides can reach a consensus “in the very near term.”

Meadows, Mnuchin, Pelosi, and Senate Minority Leader Chuck Schumer (D-N.Y.) are slated to hold a meeting on the relief package on Aug. 3.

President Donald Trump, meanwhile, called for a temporary extension of the unemployment benefits and a federal eviction moratorium as talks progress.