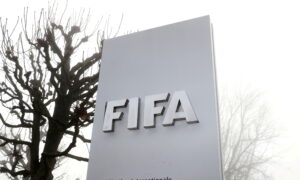 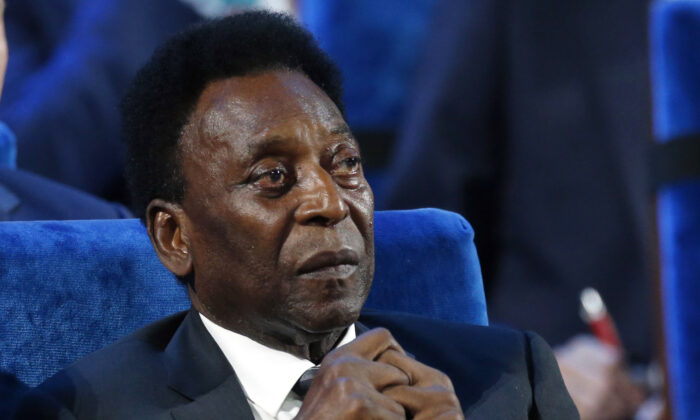 A file photo of Brazilian soccer legend Pele at the 2018 soccer World Cup draw in the Kremlin in Moscow on Dec. 1, 2017. (Alexander Zemlianichenko, File/AP Photo)
Sports

SAO PAULO—Brazilian soccer great Pelé “took a little step back” in his recovery from surgery to remove a tumor from his colon but he is “recovering well” at a Sao Paulo hospital, his daughter Kely Nascimento said Friday.

However, the Albert Einstein hospital said the 80-year-old Edson Arantes do Nascimento had returned to intensive care after “a brief breathing instability” Thursday night. Pelé was currently stable in “semi-intensive” care, the hospital said, and he “continues recovering.” It did not give further details.

Kely Nascimento posted a picture Friday with her father on Instagram which she said she had just taken in his room at the Albert Einstein hospital.

“He is recovering well and within normal range. Promise!” Kely Nascimento said. “The normal recovery scenario for a man of his age after an operation like this is sometimes two steps forward and one step back. Yesterday he was tired and took a little step back.”

The hospital had not previously issued a new statement on Pelé’s health since Tuesday, when he was removed from intensive care.

Later Pelé confirmed on social media that he is feeling well and that he had been visited by family members during the day.

“I continue to smile every day. Thank you for all the love I get from you,” Pelé said.

The tumor was found when Pelé went for routine exams at the end of August. His surgery took place on Sept. 4.