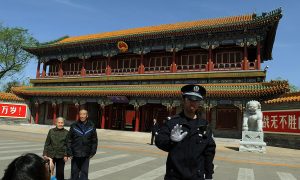 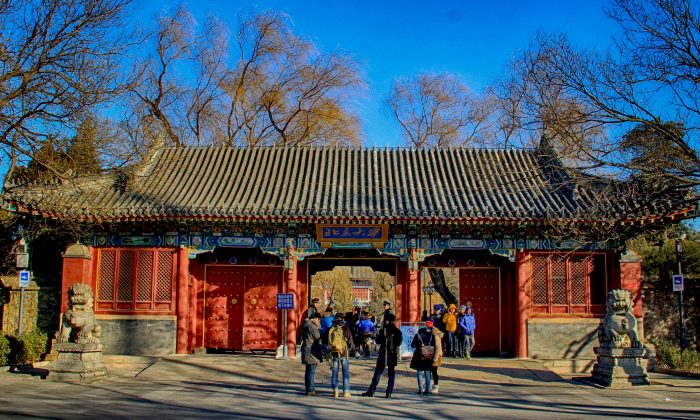 Despite the heavily regulated flow of information and ideas in China, occasionally some voices seep through the internet blockade and offer candid views on the Chinese communist regime.

In the New Year, Zheng Yefu, a sociology professor from China’s prestigious Peking University, did just that. He risked possible retribution by posting an article on Chinese social media that calls for the Chinese Communist Party (CCP) to “fade from history.”

In a post titled, “Why political reform is difficult to achieve,” Zheng said the CCP’s policies during its nearly 70-year rule have not fundamentally benefited the Chinese people.

For Zheng, the only way both the Chinese people and the ruling party could benefit is for the CCP to “peacefully fade from history,” using non-violent means and with minimal disruption to society.

“This is the best way forward for the Chinese people, for the party, and for the leaders of the party,” Zheng said. “There is no better way.”

Zheng said political reform is necessary because problems in Chinese society, such as rampant abuse of power, a deficient legal system, and economic malaise have reached the point of no return.

He also implored Chinese intellectuals to fulfill their duty to expose the truth about the CCP.

“If … all [intellectuals] stayed true to their conscience, and courageously spoke their minds, then China would not be like this today,” Zheng said.

“It is a truly precious thing that professor Zheng Yefu can speak out at this time. His call for the CCP to fade from history rings loud and clear,” said one online commentator.

Prominent Beijing rights advocate Xiang Li said, “This is the 2019 New Year’s declaration of China’s public intellectuals. [They] must defend freedom. The CCP must step down.”

‘Majority of Intellectuals Do Not Support CCP’

Wang Juntao, a Chinese democracy activist living in exile in the United States, told the Chinese-language edition of The Epoch Times that intellectuals have a responsibility to society.

Wang, formerly a student at Peking University, said most intellectuals don’t support the CCP but they don’t publicly express this view.

“When talking privately, we basically can hardly find any intellectual who says the CCP is good,” he said.

Increasingly more intellectuals are losing hope the CCP will effect real reforms so they are willing to voice their thoughts, according to a former economics professor at Peking University, Xia Yeliang. However, communist authorities are unlikely to heed any calls for change, Xia said.

Others Intellectuals Speak Out

Zheng’s emphatic remarks come a week after more than 100 academics and commentators shared their frank reflections on the past 40 years since the country’s economic reforms, in an article posted to social media Dec. 29.

In one- to two-sentence statements, intellectuals, and public figures gave their assessment of China’s progress since its economic policies were “opened up” in 1978, and shared their views on the meaning of true reform.

The article was widely shared among Chinese netizens before being taken down by censors. Many intellectuals demanded freedom of speech and expression, greater economic liberalization, and free elections, while others spoke of the death of reform in China.

“The future of China will always lie in limiting the power of government and a strong civil society,” said Beijing scholar Zhao Guojun, one of the intellectuals featured in the article. “Reform is dead, it is time for a constitutional government.”