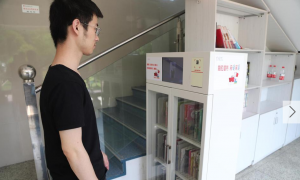 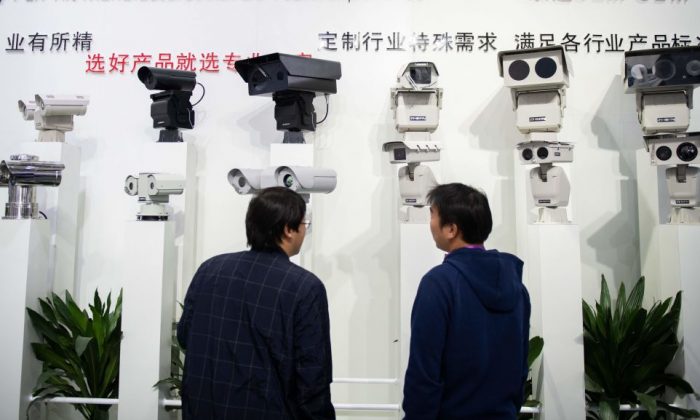 In a little over a month, Chinese media have reported multiple incidences of people discovering peephole cameras hidden within hotel rooms in China.

As the Chinese regime advances a surveillance state, with millions of artificial-intelligence (AI)-enhanced security cameras positioned in public areas around the country, ordinary Chinese citizens are now finding it easy to obtain similar cameras to fulfill their voyeuristic desires.

On Jan. 6, Chinese news portal Tencent and Sina both carried a video, where an unidentified man with his face facing away from the camera explained that while he and his girlfriend were staying at an unnamed hotel in the southern Chinese city of Guangzhou, he detected a black dot within a power socket.

The socket faced the bed in their hotel room. After realizing that the black dot was a hidden camera, the man called the police. He stated that he believed he deserved an apology or some sort of compensation for the invasion of privacy.

In the background, the voice of a woman, presumably the owner of the hotel, could be heard saying that she did not know why there was a hidden video inside the room. She added that she would wait for an investigation by the police.

About a month ago, on Dec. 22, a man nicknamed Xiao Wu and his girlfriend were staying at room 508 at the Mei Hao Hostel in Nanning, the capital of southern China’s Guangxi Province. They discovered that a hidden camera was taped onto the edge of a ceiling light, according to a report by China’s state-run Guangxi People’s Broadcasting Station.

Xiao Wu eventually called the police and the hotel booked a different room for the couple. The next day, Xiao Wu stated that he received compensation from the hotel, of about 600 yuan ($89) in coupon and cash. Ms. Zheng, a manager at the hotel, refused to offer the full compensation of 5,000 yuan ($740), in accordance to the hotel’s policy, because the case was under police investigation. She added that she had no idea how the camera ended up in the room in the first place.

On Dec. 11, several Chinese media reported a hidden camera incident at the Maizi Express Hotel in Xi’an, the capital of Shaanxi Province. According to local news site Huashang, two unnamed guests discovered hidden cameras facing the hotel room they booked, as well as a 16-gigabyte memory card and a recording device.

After contacting the police and arriving at the police station, the two guests saw that the memory card contained over 1,200 video files.

According to the news site, there have been many similar incidences of hidden cameras inside hotel rooms across China.

Some Chinese Communist Party officials have been sacked after their inappropriate sexual behavior was caught on hidden camera and exposed.

One well-known example involved Lei Zhengfu, former Party secretary of Beibei District in Chongqing City, one of the four directly-governed municipalities in China. Lei was caught on tape with a woman named Zhao Hongxia. The video of Lei and Zhao began circulating on Chinese social media in November 2012.

It turned out that Zhao was hired by a local real estate developer Xiao Ye, who wanted to use the sex tape to blackmail Lei into gaining favorable construction contracts.

Lei was sentenced to 13 years in prison on graft charges by the Chongqing No. 1 Intermediate People’s Court in June 2013.