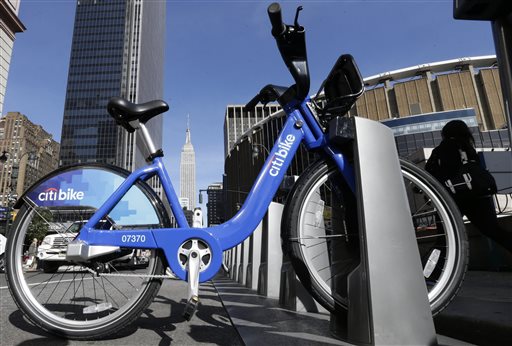 Pedal a Citi Bike to Power the New Year’s Eve Ball Drop in NYC (and Get a Free Day Pass Too!)

People can power up the world famous New Year’s Eve ball drop by pedaling a stationary bike  at 7th Avenue and 42nd Street starting Saturday. Participants will be rewarded with a free Citi Bike day pass for their efforts.

Six bikes will be set up to collect kinetic energy from pedaling to batteries. The energy will then be transferred to the city’s grid to offset the power use for the ball drop.

Citi Bike staff will be on hand to take photos, which people can then share on social media.

The six Citi Bikes will be hooked up to special deep cycle batteries. The amount of energy collected at the station will be displayed on a special meter.