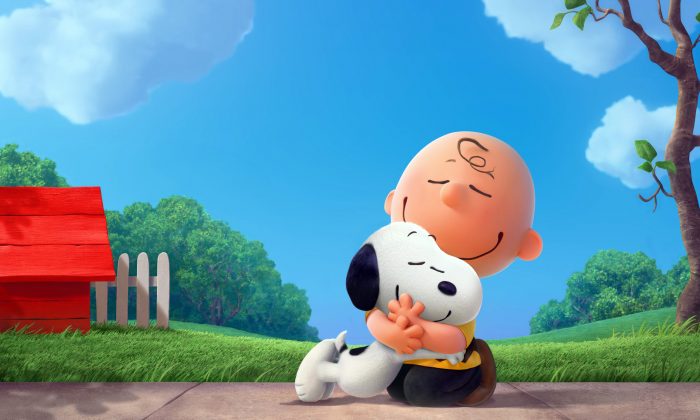 LOS ANGELES—Hollywood is counting on you and your Instagram to help promote its latest movies. If you “Peanutized” your profile pic with “The Peanuts Movie” app or declared yourself Straight Outta Somewhere when “Straight Outta Compton” hit theaters, you’re playing along perfectly.

The personalized meme is the entertainment industry’s latest marketing tool. It works by enlisting fans to spread awareness about new movies by integrating ads with shareable selfies.

The “Star Wars” app, for example, lets you pose for photos with Yoda. “The Hunger Games: Mockingjay-Part 2” app, available later this month, allows users to apply outlandish virtual makeup like the film’s colorful Capitol residents. An interactive site for “The Last Witch Hunter” invites guests to witch-ify their photos.

“Social media has become a channel where we share things about our own lives, so marketers very cleverly have asked the next question, which is: how can we get consumers to care about our products in a way that makes it about their own lives?” said marketing consultant Dorie Clark. “And to the extent they’re able to do that, they’re able to create fun, viral phenomena.”

“As an individual, you risk looking like a shill if you’re just passing on ads for no good reason,” Clark said. “But when studios come out with innovative campaigns that allow you to somehow personalize an element of the movie to yourself, it becomes sharing about you rather than sharing about the movie.”

Yet every time someone posts one of these personalized images, their friends and followers are also reminded of the film.

“It keeps a movie in the minds of potential moviegoers, and that’s a very valuable thing,” said Phil Contrino, vice president and chief analyst at BoxOffice.com.

Movie memes work as a complement to traditional trailers, he said: “It keeps the brand alive after the momentum of a trailer might have died down a little bit.”

Some six million people personalized and downloaded the Straight Outta Somewhere meme in the first week it was online. The simple website allowed users to add any city and photo to N.W.A.’s famous album-cover logo, then instantly download and share the image. “Compton” went on to top the box office for three consecutive weeks.

Millions of unique Peanuts characters have been created since the “Peanutize Me” app launched last month. Users of the site can customize a Peanut by choosing the character’s hairstyle, skin color, outfit and accessories. Fox plans to update the site this week with Halloween-themed content to continue building buzz for the film’s Nov. 6 release.

All kinds of advertising, not just movie apps, are getting more personalized.

All kinds of advertising, not just movie apps, are getting more personalized, Clark said.

“With the rise of big data, companies know far more about their customers, both in general and at a very granular level,” she said, “so the ability to personalize… is going to be an increasing part of everything we do.”

Coca-Cola tried out the trend with its personalized-can campaign. Consumers can also personalize their own Vans, Adidas and Nike shoes on those companies’ websites.

And while moviegoers might be faced with a glut of film-related photo apps as studios scramble to replicate the success of Straight Outta Somewhere, Clark said “personalization fundamentally is here to stay.”

“You can imagine horror movies where you’re inserting yourself into a GIF and get your own head bitten off by a monster,” she said. “You can imagine a moody, foreign film where you can create a cool image of yourself being seduced by the leading man or glamorous heroine. There are a lot of directions this can go.”

And studios hope they’ll all ultimately lead you to the movie theater.