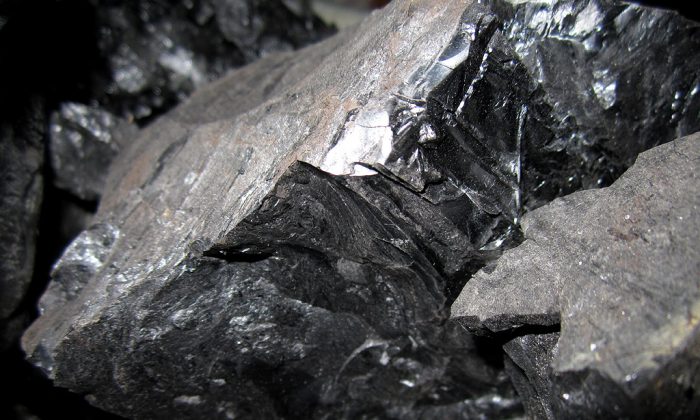 The era of coal is coming to an end. (Alexander G/Flickr, CC BY-SA)
Business & Economy

The announcement that Peabody Energy, the world’s largest non-government coal company, is to file for bankruptcy in the United States is one of more symbolic than substantive significance. In the U.S. context, bankruptcy is a fairly routine form of financial reorganization, rather than a prelude to liquidation.

Peabody sold about 250 million tons of coal in 2014 from mines in Australia and the United States.

The most important substantive effect is that Peabody may be able to avoid paying some of its debts, notably obligations to retired and retrenched coalminers and the cost of rehabilitating abandoned mines.

The operation of Peabody’s Australian mines is unlikely to be affected immediately. It was the purchase of these mines at inflated prices during the coal boom that tipped Peabody over the edge, though the end was, in some sense, inevitable.

In symbolic terms the Peabody bankruptcy, following those of the other leading U.S. coal-mining companies, Arch Coal and Patriot Coal, is a striking example of the way in which the coal era, which began with the Industrial Revolution in Britain 250 years ago, is drawing to an end.

The end has already arrived in Britain, or nearly so. Britain’s last deep coal mine closed in December (although for the moment the country still imports coal). The U.K.’s last coal-fired power station is due to close by 2025. Steel production, using metallurgical coal, is also in serious trouble, with the announced withdrawal of Tata Steel, the owner of most of the major U.K. steelworks.

In the United States, coal production has already fallen dramatically since its peak in 2008. The share of electricity generated by coal has also plummeted, falling below that of gas for the first time in 2015. This trend will only continue and it is likely that renewables will overtake coal by 2025.

Indeed, by 2025, reliance on coal-fired power will be the exception rather than the rule in the developed world. Much of North America and Europe will be entirely coal-free. Closer to home, New Zealand and South Australia will be coal-free in the near future, though South Australia will still rely on trade with the largely coal-based National Electricity Market.

This outcome is inevitable if the world is to deliver on the climate commitments made in Paris, let alone to achieve the complete decarbonization that is needed to stabilize the global climate.

Until recently, “hardheads” have assumed that such commitments would be trumped by economic pressure. But as often happens, the hardheads have proved to be deluded, while supposedly unrealistic environmentalists have been proved right.

Coal advocates in Australia are holding out the hope that demand from rapidly developing countries will offset the end of the coal era in the developed world. But it is now evident that this hope is a mirage.

China’s consumption of coal may have already peaked. The recent cancellation of 250 coal-fired power plants authorized by regional governments has made it clear that there will be no turning back.

While India is still increasing its use of coal, it is on track to replace all imports with domestic production in the next few years. More importantly the share of renewables is rising rapidly: large-scale solar plants are already cheaper than new coal in India.

A handful of countries are still clinging to a coal-based strategy: these include Japan, Turkey, Poland, Bosnia, and, under the Abbott and Turnbull governments, Australia. But the list is getting shorter all the time.

Vietnam announced a review of its aggressive coal development plans in the wake of the Paris agreements. Japan (which turned to coal after the Fukushima disaster) is under pressure to do likewise. Elsewhere, in Germany and Spain, for example, a generally positive trend is complicated by the hangover from previous policy failures.

Overall, however, the picture is clear. Coal mines and coal-fired power stations are closing in large numbers, and very few new ones will open in the future. The coal era is drawing to its end.

John Quiggin is a professor at the School of Economics, The University of Queensland, in Australia. This article was originally published on The Conversation.