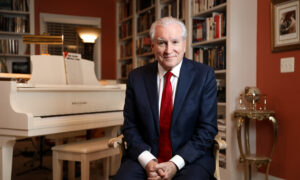 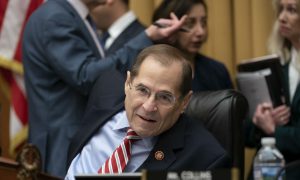 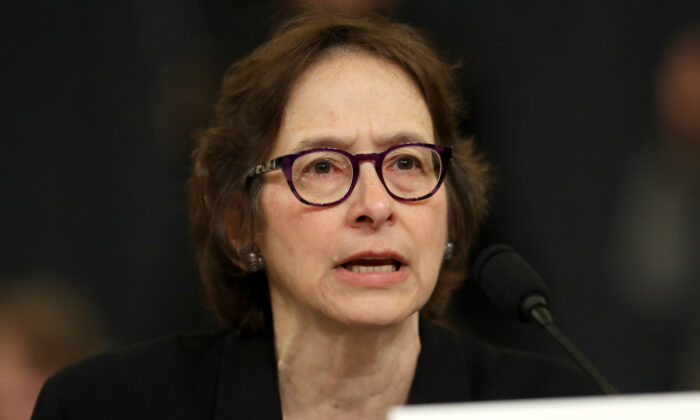 A PBS reporter with a history of animus towards President Donald Trump claimed that Republicans were “seizing” on the comment Stanford University law professor Pamela Karlan made about the president’s youngest son.

“What we see now are Republicans seizing on a key moment,” PBS reporter Yamiche Alcindor said during a break in the impeachment proceedings on Dec. 4. “It’s when Pamela [Karlan]—she [is] a professor who is testifying and Democratic witness—she said that President Trump could name his son Barron but could not make him a baron.”

“She was referring to the fact she thinks President Trump at times can act like a king because he’s abusing power but she was also making a joke about the fact that the President’s 13-year-old son is named Barron and baron, of course, is a noble title and she was basically making the case that he cannot be made into nobility and he won’t inherit essentially the presidency.”

Karlan had told lawmakers during the hearing: “While the president can name his son Barron, he can’t make him a baron.”

“While the president can name his son Barron (Trump), he can’t make him a Barron (a rank of nobility or title of honour in England, often hereditary).”

After Karlan apologized, Alcindor noted that the professor used the opportunity to attack Trump, “lacing her apology about mentioning Barron with criticism of President Trump and his choice to rarely apologize for actions he is criticized for taking.”

MSNBC correspondent Garrett Haake took a similar tact, saying during a break in the hearing that the remark “was obviously something you saw” Rep. Matt Gaetz (R-Fla.) “seize on, come at her very hard for.”

“Republicans I think are going to try to make that a viral moment from this hearing,” he said.

Other reporters took to Twitter to criticize people for their criticism of Karlan’s remarks.

“President Trump has routinely insulted a wide variety of people in the most personal & degrading terms imaginable. That’s not contested. It may be unwise & bad form to mention a 13-year old’s name. For his supporters to call it ‘vile’ is not serious on their part,” alleged Yahoo reporter Jon Ward.

“The Barron/Baron story is useful for exactly one reason: it enables me to tell if someone is a serious person or not. Prof. Harlan [sic] made an anodyne play on words that said absolutely nothing negative about Barron Trump. If you’re pretending otherwise, you’re telling on yourself,” wrote Yair Rosenberg of Tablet magazine.

Brian Stelter of CNN focused on a rival’s coverage of the moment. “How many times will the Barron/baron moment be replayed on Fox tonight, you think? I’ve seen it twice in the past 30 minutes,” he wrote.